For many Filipino expats around the world, owning a business is a sign of success and a visible reminder of all the efforts and hardships that they have been through. This sentiment rings true for the estimated half a million Filipino workers in Dubai, one of whom is a man by the name of Godi Olis.

According to ABS-CBN News, Olis is the tour operator of Off Road Adventures – a company that offers desert safaris- making him the only Filipino expat operating such a business in Dubai.

His story recently came to light after being featured in a local TV show.

Before coming to Dubai, Olis first worked as a tricycle (auto rickshaw) driver in the Philippines. Apart from that, he also tried his hand at boxing to support his large family. Despite his best efforts, Olis barely made enough money to survive.

He narrates his story: “I drove auto rickshaws. During that time, I only had enough money to ensure that me and my family would have a meal every day.”

Looking to give his family a better life, Olis flew to the Middle East in 1991. It was here where he got his big break.

He first worked as a driver for a tour company in Dubai but lost his job some time in 2001. This did not discourage him however; in fact, it gave him the idea to enter the tourism industry.

Olis took a loan and used it to purchase a 4X4 vehicle to set up a company that offers desert safari tours – a popular activity amongst tourists and residents of Dubai. 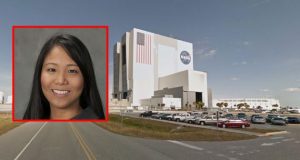 TrendingThisMinute Team - January 24, 2019
Josephine Santiago-Bond is the head of the Advanced Engineering Development Branch at NASA's John F. Kennedy Space Center in Florida. A Filipina is among the...