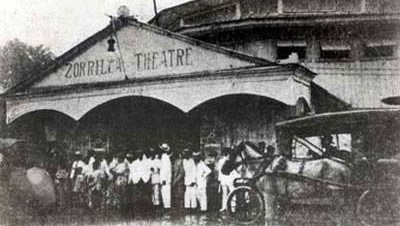 If Andres Bonifacio had a sideline, then that would be acting. Bonifacio was so passionate about theatre arts that when he was staying in Tondo, he would frequently visit Teatro Zorrilla and eventually form a theatre group called El Teatro Porvenir. The funds that would later come from this group would then be used to fund the Katipunan revolution.

Rizal as an Uncle

Rizal managed his time well to become productive in his lifetime. In fact, when he was exiled in Dapitan, he allocated time to spend on making irrigation systems, planting trees, establishing a school, discovering new animal species, and even writing poetry. However, aside from all of these projects that he managed to accomplish during his exile, he also spent time writing to his niece and nephews so he could teach them Spanish and help them improve their literacy skills.

A Story of friendship and “Kastillang Tindahan”

Emilio Jacinto initially could only speak “Kastillang Tindahan (Caló Chino Español)” or a mixture of Spanish, Filipino, and Chinese typical of tornatras. In today’s terms, it is roughly comparable to Chavacano.
When Jacinto went for University studies, he joined a fraternity where he met Andres Bonifacio who later became his most trusted friend and companion. They both became best friends. Over time, Bonifacio taught Jacinto how to speak Tagalog and eventually he fast became proficient with it. Reportedly, he became better than his mentor both in written and spoken Tagalog.

Gender Roles During the Katipunan

Narratives on our history books rarely discuss the role women played during the revolution. Whereas, people only know about a couple of Filipina Heroines. Unbeknown to most, there was a  women’s chapter during the revolution. The women’s division consisted mostly of wives, sisters, and close relatives of the revolutionaries. The revolution at first didn’t want women to swear allegiance with the blood compact — but these kickass women did it anyway!

Even Heroes Could be Vain

Disagreements still revolve around whether Andres Bonifacio’s bones have been found or not.  In 1918, a set of bones claimed by some to have belonged to Bonifacio were found. However, many historians doubt its authenticity.

Upon closer inspection of the skull, it was observed that the teeth were smoothened out, polished and neatly maintained. An observation which strengthened the notion that the skeleton was from Bonifacio as it was confirmed by his sister that he frequently maintained his teeth to look good.