The discovery of a new human species in the Philippines is prompting a reevaluation of human evolution and history.

An international team of archaeologists, including researchers from the University of the Philippines, have announced the discovery of the new species, Homo luzonensis, based on bones and teeth found in Callao Cave located in Peñablanca town, Cagayan province in northern Luzon that date back over 50,000 years.

In a paper published on April 10 in the journal Nature, the researchers said they had found the remains of three individuals with physical features common to modern and early humans but in an altogether unique combination. This prompted the researchers to designate the find as a completely new species.

Callao Cave has proven to be a treasure trove of human remains.

In 2007, University of the Philippines archaeologist Dr. Armand Mijares—who also co-led the Nature paper—unearthed a metatarsal foot bone that dated back some 67,000 years.

While undoubtedly human, the single bone was not enough to ascertain what species of hominin it belonged to. This prompted Mijares and other archaeologists to continue digging in the Callao Caves in search for more remains.

Their efforts were met with success when further excavations in 2011 and 2017 yielded hand and foot bones, as well as teeth.

A comparison of the physical characteristics of these fossils with the bones and teeth of other hominin species showed that they were distinctively different from other known human species including our own, Homo sapiens, and a cousin species that lived in Indonesia at around the same time, Homo floresiensis.

Although the H. luzonensis fossils are the oldest known human remains in the Philippines to date, there is indirect evidence that human habitation of the islands dates back much farther into the past: in 2018, a separate team of Filipino and French researchers had found stone tools and a butchered rhinoceros carcass—no actual hominin remains were found—in a former flood plain in Kalinga province, Luzon, dating back some 700,000 years.

The discovery of the Kalinga fossils pushed back the habitation of the Philippine islands by over 600,000 years. The authors of the Nature paper suggest that these may have been from H. luzonensis.

The discovery of H. luzonensis prompts a reevaluation of current ideas about how humans evolved and spread across the world, and the Philippines’ place in the grand story of humanity. Among other questions that need to be resolved are what H. luzonensis’ relation ship is with other human species, and how these species managed to set foot in Luzon in the first place.

Exactly how are they related to us? Did they travel by boat? Unfortunately, the current lack of genetic and archaeological evidence leaves those questions hanging for now. 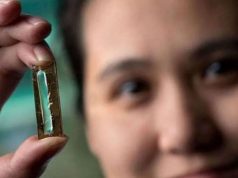 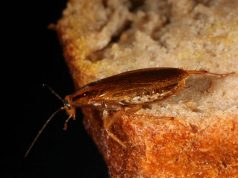 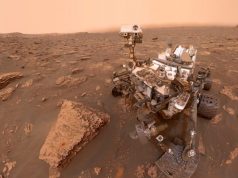