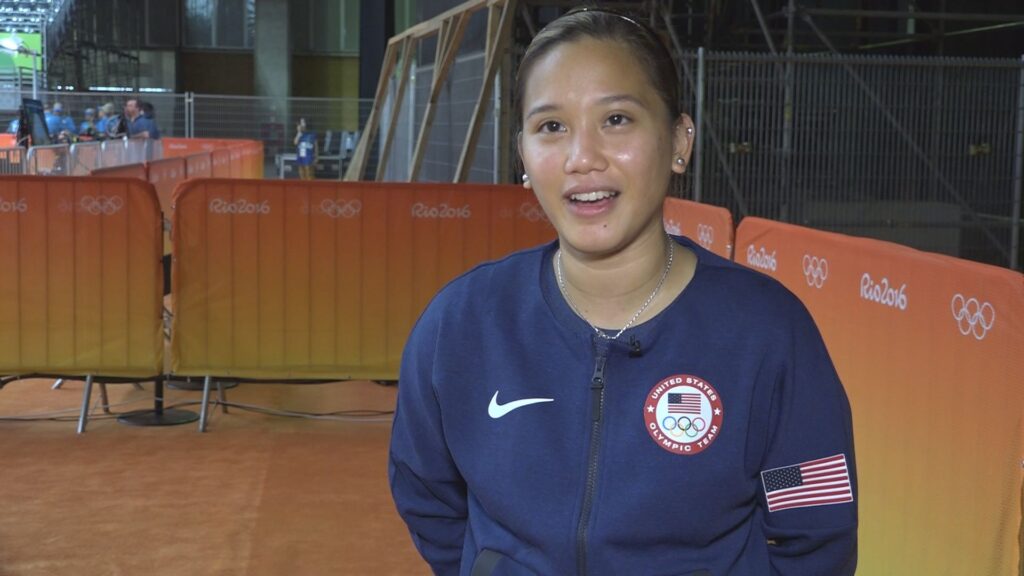 LOS ANGELES, California — Weeks away from the 2016 Summer Olympics, the delegates of United States Olympic Team, the No. 1 ranked country with the most gold and most overall medals is almost complete.

And included in their roster of world-class athletes is Paula Lynn Obanana.

The 31-year-old from Dumaguete is set to parade and represent the U.S. in her Olympic debut in Rio.

“Before it only just a dream. Before when I was little, I’m just watching like all these, especially US athletes, I’m always just watching them in TV. And I just tell to myself, ‘I wish one day, I can play in the Olympics.’ And right now, I am playing. I really happy… I’m overwhelmed of everything,” said Obanana.

Obanana, who started playing badminton at the age of 10, was once a member of the Philippine national team. She competed in various competitions including the Southeast Asian Games.

After finishing college at De La Salle University in 2005, Obanana and her family immigrated to the United States where she continued her badminton career and fulfilled her Olympic dream.

“I am really proud to represent the US. It’s like the No. 1 team in the world. But of course, I give a lot of credit to where my roots, where I started ‘cause without that I couldn’t be here right now,” she said.

Obanana and her partner, Eva Lee, are currently the No. 1 women’s doubles pair in the US and in Pan-America. The pair will compete in the women’s doubles event this coming Olympic Games.

Obanana, who is known for her killer smashes, said that qualifying for the Olympics was not easy.

“To become any Olympian, it is really tough. My training is minimum six hours a day, and it’s been months and months of training, six years in the making. I have to sacrifice my love life… my social life,” she said.

For Obanana to get this far is just the beginning. Her ultimate goal is to bring an Olympic medal back home.