Cristito Quimado, a 51-year old garbage collector from the Philippines, and a father of four proves that, a father can still be a good father even if he has little to no money. With hard work and determination, the garbage collector was able to support his daughter to graduate with a bachelor’s degree!

In a developing country like the Philippines, having the means to sustain the education of the children until they graduate from college or university is not easy, especially with a salary that is barely enough for the everyday needs of the family. 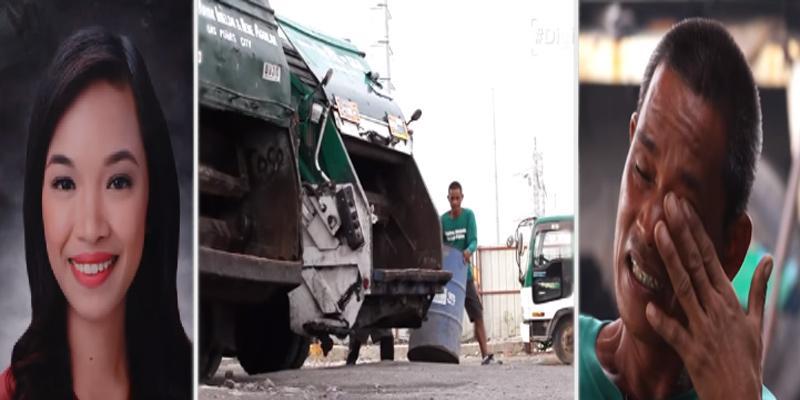 The hardworking 51-year old father wakes up very early in the morning. Every day, he needs to prepare by 3 in the morning and must be at work by 4 AM. For two decades, this has been the daily routine of Cristito, collecting their city’s garbage is how he earns the bread and butter of their big family.

“My job is not easy, I handle all kinds of wastes… I’d always get scratches from shards of broken glass.” Cristito shared the hardship he is enduring every day in a documentary. “I do it for my family, for my kids.” 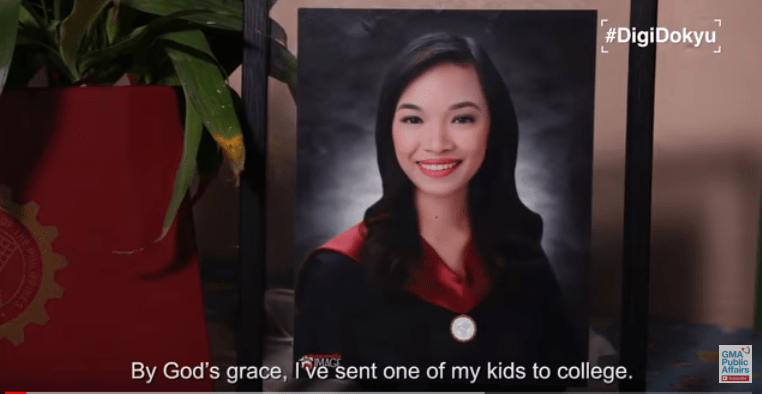 From collecting the garbage and wastes of the residents of the city, Cristito barely earns less than $10 a day. Despite of his menial earnings, Cristito is able to prioritize saving some of his earnings for the education of his four children.

“Education is the only thing I can leave my children.”  The hardworking father cannot help his tears from falling, as he expressed his strong desire to support his children’s education. 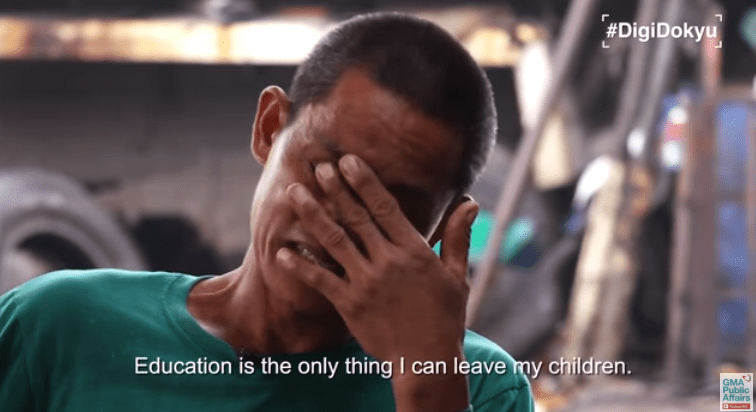 “I’m proud of him because he was able to send me to college.”

Cristito’s daughter, who now has a degree in Bachelor’s of Science in Nutrition and Food technology, expressed how proud she is of her father. She also shared the tough times they had. She admitted that there were times when she would go to school without allowance, because despite working hard, their money is not enough to support their big family.

“I’m proud of him because he was able to send me to college.”

Cristito’s daughter, who now has a degree in Bachelor’s of Science in Nutrition and Food technology, expressed how proud she is of her father. She also shared the tough times they had. She admitted that there were times when she would go to school without allowance, because despite working hard, their money is not enough to support their big family.

“I thank God for giving me my dad, he has a noble job. It’s okay even if his earnings are small, at least he’s not doing anything illegal.”

Undeterred by their financial struggles, Cristito’s daughter is genuinely thankful that God blessed her with a hardworking father like him. She is proud of the values and admirable character he has and has instilled to them. 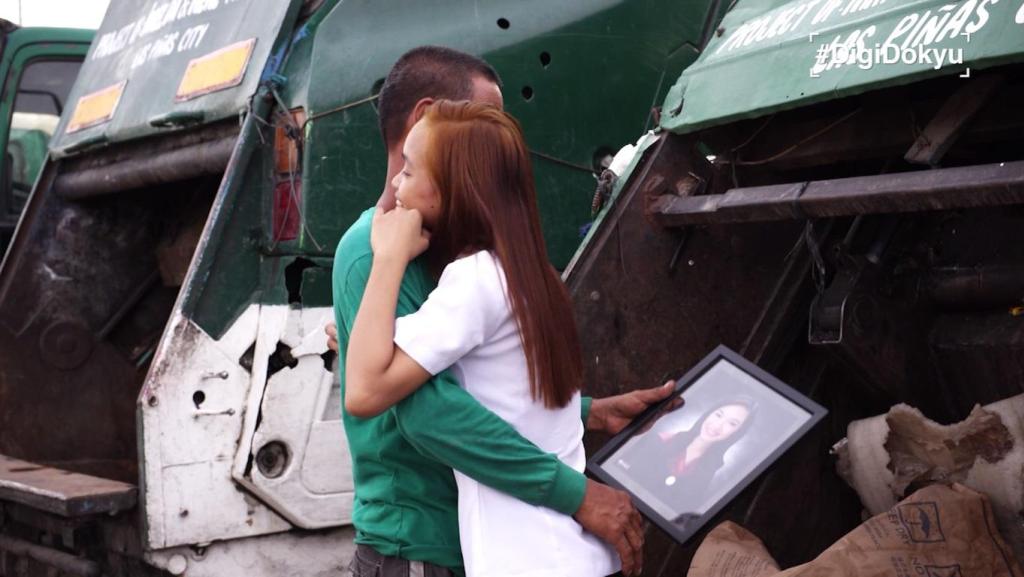 “When people would ask what my job is, my daughter would always tell them that I am a garbage collector. She is not ashamed of what I do.” It means a lot to Cristito that his daughter is proud of him and his job of collecting garbage. In fact, when people asks his daughter what his job is, she answers them with her head held high.

“I want to bring you to good restaurants, I want to buy you nice clothes to wear. I cannot wait to start working already so I can help in supporting my siblings’ studies too.” His daughter shared her aspirations to be able to treat and spoil her dedicated father. “Thank you for always being for us. I love you.”

“As a father, you will do everything just to support the needs of your family. You can endure any kinds of job as long as it is not illegal [for your family].” Cristito also shared that he will not stop from collecting garbages until all of his children have graduated college.

Cristito’s story proves how challenging the role being a father is. But no matter how difficult it is to fulfill all of their duties, a father’s love will always be ready to endure the sacrifices they need to make for the sake of their family. Hats off to all the hardworking and dedicated fathers all over the world!

Watch the inspiring story of Cristito below, a garbage collector who did not let his financial struggles stop him from supporting his children’s education. Truly a father’s love is incredible!