CORONA, Calif. (AP) — Southern California residents who evacuated because of a powerful wildfire returned to their homes Wednesday after a fleet of aircraft helped crews on the ground extinguish flames that burned next to suburban houses built in canyons.

Authorities were monitoring the behavior of shifting winds that drove the fire when it started Monday and threatened nearly 2,000 residences southeast of Los Angeles.

“If the winds pick up again, we need to make sure that embers don’t blow across the fire lines and onto properties,” Concialdi said.

More than 500 firefighters helped by helicopters and planes beat back the flames on Tuesday. The fire burned one home and charred 3 square miles (7 square kilometers) of dry brush. It was 20 percent contained.

At least eight schools were closed Wednesday, mostly due to poor air quality from smoke that drifted 40 miles (64 kilometers) west to the ocean.

San Francisco Bay Area firefighters stopped the advance of a grass fire in the Oakland Hills neighborhood of Oakland that threatened about 50 buildings and led to evacuations. 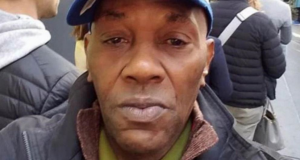