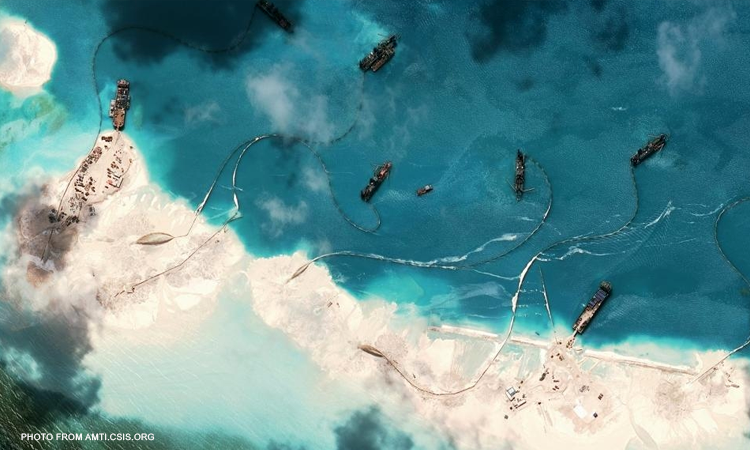 “It is exactly one country, and let me not avoid mentioning the name: that is, the Philippines has violated the stipulation of Article 4 of DOC (the Declaration on the Conduct of Parties in the South China Sea) and has given up on the dialogue and negotiations with the direct concerned parties of China, which is regrettable and which is ill-advised,” Wang said, referring to the 2002 agreement among the ASEAN nations and China and its proposed follow-on code of conduct (CoC) agreement.

Wang admonished other territorial claimants in the region from dispatching naval power to enforce their claims.

“We don’t hope to see anymore close-up military reconnaissance or the dispatch of missile destroyers or strategic bombers to the South China Sea. This is something we have a responsibility for under our non-militarization commitment,” Wang said.

For his part, Kerry emphasized the importance of a diplomatic solution in resolving the issue. “As I said in our meeting, we believe that it is important for a diplomatic solution, for a solution to occur which follows the rule of law, that brings the countries to the table for a negotiated resolution, not for unilateral actions.”

“We want to halt the expansion and the militarization of occupied features. We think everybody benefits by true demilitarization, non-militarization. We also urged people to clarify the territorial and maritime claims in accordance with international law and to commit to peacefully resolve and manage disputes,” the Secretary of State added.

Earlier, at a hearing of the U.S. Senate Armed Services Committee, U.S. Navy Admiral Harry Harris, the head of U.S. Pacific Command, said it was China that was changing the “operational landscape” in the South China Sea by deploying radar and surface-to-air missiles in the region.

A U.S. think tank reported on Monday (February 22) that China may be installing a high-frequency radar system on the Cuarteron Reef in the Spratly Islands that could significantly boost its ability to control the strategic sea.

“Please do not just look at what kind of possible radars that China will build. Maybe, more importantly, it is important to notice that in recent decades some countries have illegally occupied China’s reefs and atolls and have engaged in large-scale military construction, not only of radars but also missiles and cannons and all kinds of artilleries. This is an objective fact that we are facing,” Wang said.

Washington’s Center for Strategic and International Studies cited recent satellite images and also pointed to “probable” radars at Gaven, Hughes and Johnson South Reefs in the Spratly islands as well as helipads and possible gun emplacements. 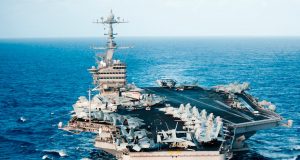 TrendingThisMinute Team - March 5, 2016
by Alex Lockie The US Navy has deployed a small armada to the disputed islands in the South China Sea, according to The Navy Times. America's USS...