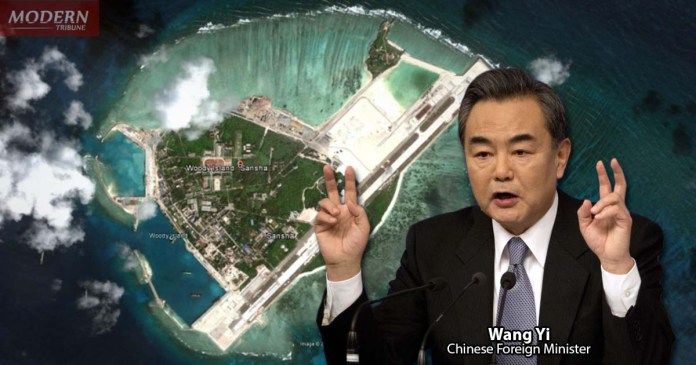 Chinese Foreign Minister Wang Yi on Tuesday, said, that the West Philippine Sea (South China Sea) is one of the world’s freest and safest shipping lanes, asserting that China’s control over the disputed waters was justified because it was the first to “discover” them.

China has been receiving strong criticism from the United States and its allies over its island grabbing activity in the West Philippine Sea.

The U.S. Stennis Stike Group recently conducted freedom of navigation exercises in the disputed sea to assert their rights to operate in the region.

Woody Island, also known as Yongxing Island and Phu Lam Island, is the largest of the Paracel Islands in the South China Sea.

Woody Island, also known as Yongxing Island and Phu Lam Island, is the largest of the Paracel Islands in the South China Sea.

China’s recent deployment of a surface-to-air missile, radar equipment and fighter jets led the U.S. and China to accused each other of militarizing the region.

The freedom of navigation does not equal the “freedom to run amok”, Wang said in a news conference.

“In fact, based on the joint efforts of China and other regional countries, the South China Sea is currently one of the safest and freest shipping lanes in the world,” Wang said.

“History will prove who is the visitor and who is the genuine host,” he added.

China claims the entire South China Sea, which $5 trillion worth of shipping passes annually, but Brunei, Malaysia, the Philippines, Taiwan and Vietnam also have overlapping claims. 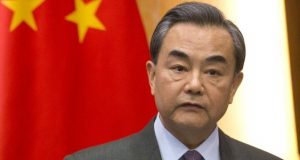