China is not only stealing and occupying Philippine Territories at the West Philippine Sea or Spratly regime if islands but it is, at the same time, also stealing massive quantities of soil from different parts of the Philippines for both mining and island-building purposes.

In Davao Oriental alone, huge cargo ships from China have been regularly loading and shipping out tons upon tons of soil to be used for island building in the West Philippine Sea or filling up lagoons or raise the level shoals and sandbars after they are processed for mining purposes.

These criminal activities must have been going on for a couple of years but local authorities are quiet about it because of probably lavish under-the-table considerations.

The same thing has been going on in Surigao province. Tons upon tons of soil in that area are loaded in into an army of ships going to and from Chinese territories. Upon orders of USAFFE General and Attorney Elly Velez Pamatong, USAFFE operatives confirmed that massive smuggling of soil is indeed going on in Davao del Norte and that heavy equipments are still in the area, including soil containers and car ships. 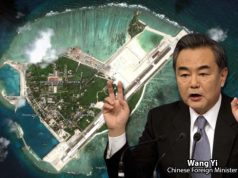 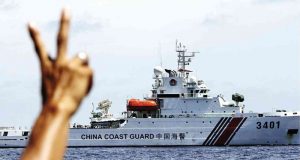 US tells China: Don’t use Navy to threaten fishermen

TrendingThisMinute Team - March 4, 2016
WASHINGTON—The United States does not want China to use its Navy to intimidate fishing vessels from other countries in a disputed area of the...