MANILA, Philippines – Sen. Juan Ponce Enrile has succeed in lobbying for an additional defense budget for the Philippine Air Force at a recent meeting of the bicameral conference committee on the National Budget.

Sen. Enrile was attending the conference committee meeting along with fellow Senators Ralph Recto and Paolo Benigno “Bam” Aquino and the members of the House contingent, when he deplored the low budget provided for national defense and security, especially in the face of growing challenges in the West Philippine Sea.

The budget committee has approved an additional PHP11 billion for the acquisition of modern jet fighters. The Philippine Air Force is highly considering the Swedish Saab JAS-39 Gripen which is widely known as a 5th generation fighter jet surpassing the American F-16 and all Chinese Chengdu J-10,17 variants.

With the said approved budget, the PAF could acquire 4-5 units of the Swedish Gripen which is widely seen as a morale and capability booster for the whole Armed Forces of the Philippines with its sole mandate to defend the country at all cost.

The Philippine Air Force recently received the first 2 units of the S.Korean FA-50, 10 more units are expected to be delivered gradually within 2 yrs. 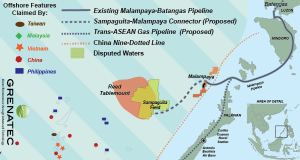