This month, during Human Trafficking Awareness Month, we’ve discussedfrequently asked questions about trafficking and learned from women who have made battling modern-day slavery their professional mission.

But there’s another component to the fight against human trafficking you should know about: what governments are doing to prevent and address the issue in their own countries and around the world.

In general, government intervention varies—while some countries are creating policies that work for their cultures, others are lagging behind with no counter-trafficking laws at all. There are also some international standards: In 2003, the UN Protocol to Prevent, Suppress, and Punish Trafficking in Persons established a universal trafficking definition and set a goal for countries to prevent and combat trafficking and assist victims. Similarly, the U.S. Department of State’s “Trafficking in Persons Report” offers suggestions for nations to comply with the “ minimum standards for the elimination of trafficking .”

These efforts are challenging, however, as there is no one way to address the variations in trafficking across the world. Differing cultures, economics, and religions all make laws complicated to implement, and corruption, cultural interpretations, and different systems of justice make them even more difficult to enforce. Another thing that should be noted is that many of the laws worldwide focus on sex trafficking as opposed to labor trafficking (which is more widespread), partially because sex trafficking is talked about in the media more.

To give you a closer look at what’s happening around the world, here’s a brief overview of six countries’ efforts and policies, as well as the challenges they face in implementing those laws.

The TVPA was reauthorized in 2003, 2005, and 2008 as the Trafficking Victim’s Protection Reauthorization Act (TVPRA), and each reauthorization offered positive changes. For example, the TVPRA of 2008 required the Department of Labor to publish a list of products produced by child labor or forced labor. But the TVPRA expired in 2011, and is in need of an update to keep up with the rapidly evolving landscape of human trafficking.

This year, a bill to reauthorize the TVPRA has been reintroduced to Congress. It holds government contractors accountable for using foreign labor recruiters that use exploited labor, helps law enforcement prevent and prosecute sex tourism, and creates a grant-making program to prevent trafficking in humanitarian crises (such as in the case of Haiti or Syria). To learn more, you can read the Alliance to End Slavery & Trafficking’s information about the TVPRA and the actions you can take to ensure the U.S. remains a leader in the movement to end human trafficking.

On the state level, while there has been vast improvement in some legislation, a few states have a long way to go. Massachusetts, rated one of the most improved states by the Polaris Project , created a Human Trafficking Task Force , which strengthens protections for victims of trafficking and makes using the internet as a trafficking tool a punishable offense. On the other hand, there are states like Wyoming, where until January 29, no state law existed to punish traffickers. The just-passed House Bill 133 adds human trafficking legislation to the lawbooks, and the bill will now go onto the Senate, which is a step in the right direction for the state.

More than 200,000 Indian children are trafficked each year and forced into domestic servitude or labor in brick kilns or embroidery factories. But while government-sponsored Anti-Trafficking Units, which are supposed to investigate human trafficking cases, continue to be established and more prosecutions are occurring, the laws are not widely enforced. Part of the problem is that it’s hard to say if one universal trafficking law can work and be enforced for a country as large and regionally diverse as India. At the same time, factors like corruption and lack of training and resources make it difficult to ensure that programs are effective.

The U.S. State Department has encouraged India to continue raising awareness about human trafficking, work to establish special anti-trafficking courts, and file and prosecute cases on the local level.

The Law on Suppression of Human Trafficking and Sexual Exploitation is intended to curb human trafficking efforts in Cambodia, and was implemented so that the country could comply with U.S. anti-trafficking recommendations. However, this law has been criticized for conflating sex work and human trafficking, making those who engage in sex work either go into hiding or be at risk for prosecution. As one of the poorest countries in Asia, sex work is often considered economically rational—especially for those from rural areas—and it becomes challenging to discern who is trafficked and who is participating by choice.

In addition, even “condom carrying” can lead to prosecution, creating a public health issue in a country that was once praised for its work to stop the spread of HIV/AIDS. The short film Caught Between a Tiger and a Crocodile exposes this issue throughout Southeast Asia.

To learn more about the complexity and challenges of counter-trafficking and sex work in Cambodia, check out this Human Rights Watch Report , Off the Streets .

South Korea is a Tier 1 county on the United States Trafficking in Persons Report, which means it meets the minimum standards for preventing human trafficking. Still, there are many cases of labor exploitation and trafficking in 3D (difficult, dirty, dangerous) factories, where many migrant workers and vulnerable locals fall ill or are abused. The Punishment of Acts Arranging Sexual Traffic and its Labor Standards Act places harsh sentences on traffickers, but there is no clear legislation defining trafficking, so it is actually difficult to determine and prosecute these individuals.

Trafficking is unfortunately widespread in South Korea, and many cases have been reported of people from Russia, North Korea, the Phillipines, and Thailand being exploited in labor or the sex industry. Many human trafficking victims in the United States originate in South Korea, and find themselves in situations of forced labor and debt bondage when they arrive.

The Kvinnofrid law makes it illegal to buy sex, but not to sell sex. It was perceived that such a law would reduce human trafficking and the demand for prostitution. These types of “John Laws” have been controversial, because they tend to force sex workers underground and make them less visible, as opposed to actually reducing the number of trafficking cases. This can actually make it more dangerous for sex workers to operate.

After being widely debated, the law was later adopted by Norway and Iceland, though measuring the impact of the laws has still been difficult.

In 1999, Denmark decriminalized prostitution, under the assumption that it would be easier to regulate if it was legal. There are even several organizations that research and support sex workers rights and unions. The government occasionally brings up prostitution bans, but they are widely opposed by the Danish public.

Operating brothels, trafficking, and pimping are still illegal, however, and the Danish Criminal Code ensures that sex and labor trafficking is considered a severe offense. Denmark has also established a National Action Plan Against Trafficking and the Danish Anti-Trafficking Centre, which assists trafficking victims and helps them get treatment and assistance from authorities.

It is not easy to draft or implement trafficking laws, and the effectiveness of many laws is still being debated. Still, despite the many challenges of legislation, we must continue to make efforts to enforce and raise awareness about these laws. We must work toward the end of modern slavery, no matter how difficult and long the fight may be.

To find out how you can get involved in the fight to end human trafficking, check out: 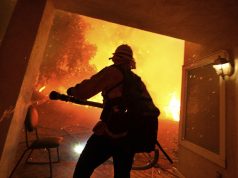 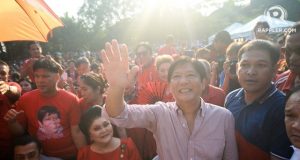