The campaign promise of Vice President Jejomar Binay, to scrap the income tax for workers earning P30,000 and below when is elected as President, was doable.

Binay’s present stance on the matter goes against the the position of President Benigno Aquino III, who insisted that the government cannot afford to lose tax revenues.

In a statement on Thursday, Joey Salgado, Binay’s communications director, said they were not surprised by the reaction of the Vice President’s critics on reforming the tax structure of the country.

“Our detractors will always find reasons to reject a move that will improve the lives of those in the below-middle class and the middle class levels,” he said.

At 32 percent for individual fixed-income earners and 30 for corporations, the Philippines has one of the highest income tax rates in Asia.

The Aquino administration has rejected the proposal to lower corporate and individual income tax rates, saying tax revenues are needed to keep the economy growing.

“This is no surprise as they come from a group whose knee-jerk reaction is to protect the status quo where factory workers, government employees and call center agents pay the same taxes as millionaires. This is the mark of an insensitive leadership,” Salgado claimed.

The options include the sale of government assets and the privatization of a number of government-owned and -controlled corporations (GOCCs), approval of revenue-generating measures –including Fiscal Incentives Rationalization – fuel marking to fight oil smuggling, and continued improvement in tax administration and collection efficiency, Teves noted.

The government can generate more than the estimated loss of P30 billion from reducing the income tax once the nation succeeds in the fight against smuggling, according to the Binay camp.

“The BIR (Bureau of Internal Revenue) and BOC’s (Bureau of Customs) actual collections are always below target, not to mention the number of court cases lost by the BIR for failing to follow the tax code.

Among his other campaign promises, Binay earlier said he would convene the Legislative-Executive Development Advisory Council (LEDAC) within the first 100 days of his administration for the swift passage of the tax reform bill.

He vowed to certify as urgent the tax reform bill should he be elected as President in the May 2016 elections.

Salgado claimed the impact of the Vice President’s plan would be wide-ranging and would bring tax relief to an estimated six million public and private sector workers that included factory workers, call center agents, teachers, policemen, soldiers and government clerks.

“With the current taxation system, up to 85 percent of the total collection of individual income taxes is paid by the working class while only 15 percent comes from self-employed individuals and professionals.

“Tax reform would result in the improved competitiveness of Philippine corporations and their workforce. It will also encourage more foreign investments, resulting in more jobs for our people, and more revenues for the government,” Salgado further claimed.

“We are pushing for a comprehensive tax system reform that will gradually reduce the personal and corporate income tax rates in the Philippines to a level that is more consistent with our ASEAN peers. 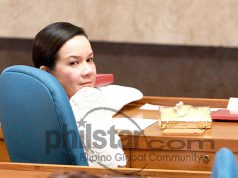 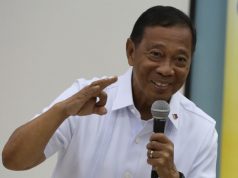 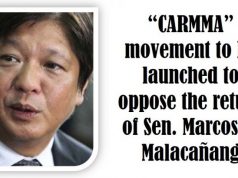 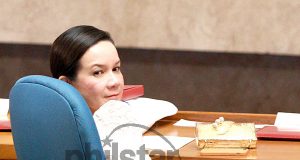