The Office of the Solicitor General (OSG) yesterday backed the eligilibity of Senator Grace Poe to run in the May elections, maintaining its stand that the Commission on Elections (Comelec) erred in nullifying her certificate of candidacy (CoC) for president.

In his 11-page memorandum submitted to the Court, government chief counsel Solicitor General Florin Hilbay stressed that Poe is a natural-born Filipino citizen and that she met the 10-year residency requirement.

Comelec’s position is that Poe, being a foundling, failed to prove her Filipino parentage and failed to meet the 10-year residency rule.

But Hilbay pointed out that Poe’s claim that she is a natural-born Filipino is supported by substantial evidence, such as her physical features and circumstances of when she was found abandoned in a Roman Catholic Church in Jaro, Iloilo, which population was predominantly Filipinos.

Furthermore, the OSG stressed that Poe is a natural-born citizen under the 1935, 1973 and 1987 Constitutions

“The textual silence of the 1935 Constitution on the Philippine citizenship of foundlings does not indicate any discriminatory animus against them, but instead shows an understandable effort at  a linguistic efficiency and the avoidance of redundancy,” Hilbay explained.

The OSG also scored Comelec for shifting the burden of producing evidence on Poe.

Hilbay said such move has given Poe “undue burden” on the exercise of her right to equal protection and a right to “equal access to opportunities for public service.”

Furthermore, Hilbay said Poe, who became naturalized citizen of the United States in 2001, has reacquired her natural-born Filipino status when she availed of repatriation under Republic Act No. 9225 otherwise known as the “Citizenship Retention and Reacquisition Act of 2003.

He noted that Poe reacquired her natural-born citizenship when she executed an oath of allegiance to the Republic of the Philippines on July 7, 2006 and filed with the Bureau of Immigration a petition for reacquisition of Philippine citizenship on July 10, 2006, which was granted eight days after.

On the residency issue, the OSG argued that the Comelec committed grave abuse of discretion when it disregarded all evidence pertaining to Poe’s residence prior to her reacquisition of Philippine citizenship.

It is undisputed, according to Hilbay, that Poe has been physically present in the country since May 24, 2005.

“Petitioner’s life in the Philippines from 2005 to today is coherent narrative of a permanent return to one’s roots and a permanent abandonment of one’s second home,” he added.

The tipping point on Poe’s residency, according to Hilbay, was when she returned to the country along with her three children whom she uprooted from their schools in the US and transferred to schools in Manila.

“As with most Filipinos, where your children are is where your home is,” Hilbay noted.

But, the Comelec stood pat on its decision to disqualify Poe from the presidential race for lying in her COC.

In its 83-page memorandum, the Comelec insisted that since a foundling cannot determinatively point a blood relation to a Filipino father or mother, there is simply no factual or legal or constitutional basis to consider Poe a natural-born Filipino citizen.

The  Comelec reiterated that natural-born citizens are those who are citizens of the Philippines from birth without having to perform any act to acquire or perfect their Philippine citizenship.

Poe, according to the Comelec, also cannot find refuge in various international laws such as the 1948 Universal Declaration of Human Rights. (UDHR), the 1966 International Covenant on Civil and Political Rights (ICCPR) and the 1989 UN Convention on the Rights of the Child (UNCRC), in seeking to be declared a natural-born Filipino citizen.

Looking at the provisions of the said covenants, the Comelec pointed out that there  is  no conferment upon a foundling of the status of a ‘natural-born’ citizen of the country where said foundling is found.

“Assuming, for the sake of argument, that these conventions impliedly declare a foundling as a natural-born citizen of the country where he or she is found, these cannot supplant or override the Constitution which requires a bloodline to a Filipino parent to confer the status of being a natural-born Filipino citizen,” the Comelec said in an 83-page memorandum signed by Comelec commissioners Arthur Lim and Ma. Rowena Amelia Guanzon.

Poe, likewise failed to prove, according to the Comelec that she re-established her domicile in the Philippines on May 24, 2005 for her to meet the residency requirement.

Such declaration, comelec said was incorrect since in her COC for senator in the May 2013 election, Poe indicated that he had been Philippine resident since 2006. 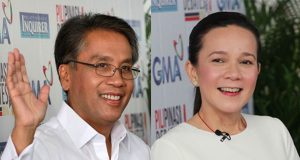