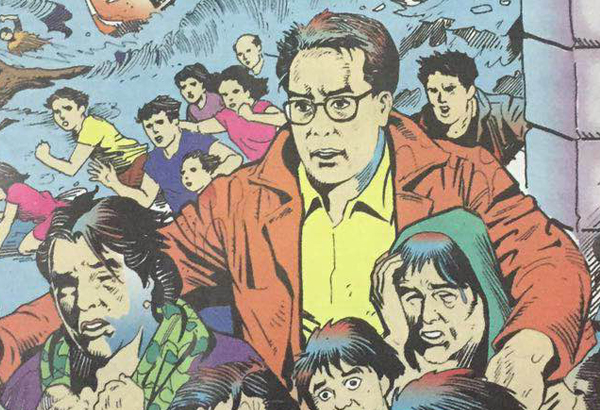 MANILA, March 29, 2016— An official of Caritas Philippines lashed out at a comic book that portrayed presidential candidate Mar Roxas as a “hero” during height of typhoon Yolanda.

“In conscience, I need to belie this hypocritical claim of Mar Roxas claiming to be a hero in the emergency response,” Gariguez said.

“We need to bring truth and decency in our electoral process. A call that I dare to make to all candidates,” he said.

Caritas Philippines is also known as the National Secretariat for Social Action-Justice and Peace (Nassa), the humanitarian and advocacy arm of the bishops.

Titled “Sa Gitna ng Unos” (In the middle of a storm), the 28-page comic book depicts the administration bet as an action man who risked his life to help the typhoon victims.

“He is not a hero. I would consider those who have helped silently in their own little ways the heroes. They are the real heroes,” Siapco said.