ITBAYAT, Batanes – The Armed Forces of the Philippines (AFP) yesterday hoisted the Philippine flag in one of the five unoccupied islets here to support the local government’s call for help to transform the islet into a resting place and shelter area for Filipino fishermen.

The maritime awareness activities were held amidst growing tensions caused by China’s excessive claims in the disputed areas in the South China Sea and west Philippine Sea, including Philippine territory.

Nolcom and civil society organization volunteers launched the biggest medical and dental mission for thousands of residents, including school children and the elderly in the secluded island town.

Y’ami Island is also known as Mavulis. Itbayat Island is one of the six municipalities of Batanes with a population of almost 3,000 in five barangays.

“We organized this event as part of our patriotic duty. We are here to help our most disadvantaged fellow Filipinos in this particular place. We want them to know that they’re not alone,” said Mon Corpuz, over-all volunteer coordinator.

The patriotic activity of Nolcom with stakeholders from the organizations Go Share and Black Pencil is one of the AFP’s programs to promote peace and order and the solidarity of the Filipino people for national maritime security. 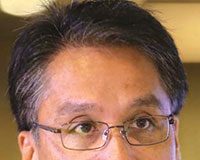