Recent reports say that the Australian telecommunications giant Telstra may not enter the Philippines to compete with PLDT and Globe after all, at least not in the near future. The study was made by Creator Tech Pty Ltd – an Australian-based think-tank.

The report says that it seems Telstra missed out and did not anticipate some issues. Some of which are:

The report pointed out as the hardest to overcome, is that Telstra may have to triple its initial investment of $1.4 billion. Telstra bragged once that they will turn the elusive dream of having a 4G-speed connection in the Philippines a reality. It lighted a spark of hope among subscribers of the 2 telco giants in the country that they can get out of the sorry state of the country’s broadband speed which is one of the worst in Asia.

If ever this pushes through, Telstra may find it costly, but not impossible to convince 4G mobile device users to switch providers especially with network-locked devices and on a contract. It’s also anticipated that they will have to launch a massive campaign to convince people to try them out. Experts say that it may take a year or two before Telstra can reach its full potential.

However, for 2G and 3G users, it’ll take more than that. Millions of Filipinos still don’t feel the need to upgrade their handsets yet, in spite of the presence of cheaper local brands. That means to target the masses, Telstra will also have to put up infrastructures to support their basic needs like calls and sms which counts to millions of Filipinos.

In the end it all boils down to what Telstra can bring to the table. It’ll be a gargantuan task to convince people to move providers and pay the lock-in penalty of roughly between P10,000 – P20,000 just to switch subscription. But based on the clamor of people in social media, all they probably need it to start it right.

People from forums say that Telstra’s subscription plans in Australia are quite expensive too with data-cap. So will they impose data-cap like here? will they live to their promise of providing 4G speeds in “most” locations and not just a select few? Is the customer service going to be better and not too diabolical compared to what we are experiencing today?

Whatever the future may bring, any type of competition will be good to us, subscribers.

But before you worry about Telstra’s entry, ask yourself if your mobile device can handle 4G internet speed in 2-3 hours. Telco companies can’t provide battery juice. 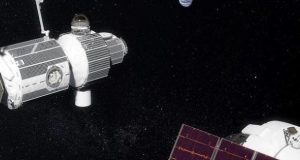