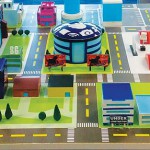 The global consortium of telecommunications companies has tapped NEC Corp. and NEC Corp. of America as suppliers for the submarine cable system that would directly connect Indonesia and the US once completed in the fourth quarter of 2016.

Gil Genio, executive vice president and chief operating officer of Globe, said the submarine cable system would enable the company to play a major role in providing superior connectivity for consumers and businesses in the Philippines to connect to the US.

“Our link-up with the SEA-US cable system will serve the exponential growth of mobile Internet use in our country, enabling the Filipino digital lifestyle and wonderful experience for our customers and businesses,” Genio said.

The SEA-US system would link the five areas and territories of Manado in Indonesia, Davao in Southern Philippines; Piti in the territory of Guam; as well as Honolulu (on the island of Oahu), Hawaii; and Los Angeles, California in the US.

The system would be approximately 15,000 kilometers in length, stretched along a unique route and has been designed and engineered to bypass earthquake prone areas in East Asia, thereby providing a strategic diversity in the range of connectivity to transpacific networks with ensured stable connectivity.

“This development will also benefit the outsourcing and offshoring industry, including major contact centers, business process outsourcing providers, global financial institutions and a host of other multinationals that require very large bandwidth as the Philippines has become the preferred destination for these companies,” he added.

The project would provide an initial 20 terabit per second capacity with state-of-the-art 100 Gigabit per second technology to meet the exponentially growing demand for bandwidth between Southeast Asia and North America in unparalleled performance.

With further connectivity using existing and planned submarine cable systems in the region, other countries such as Singapore, Malaysia, Brunei, Papua New Guinea, and Australia could enjoy the benefit of the SEA-US

Telin president director Syarif Syarial Ahmad said cable construction is significant as it is one of the biggest milestones for Indonesia’s rapid growth in communications and it demonstrates Telin’s commitment to providing Indonesia consumers with state of the art global infrastructure development.

“Our objective is now closer with SEA-US given that it is the first cable system with direct connection from Indonesia to USA, where most of the Internet’s content is sourced,” the official said. 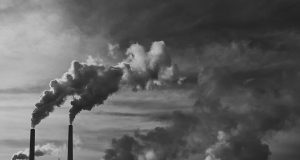 Netherlands announces plans to phase out coal plants by 2030, puts...