he newly elected government unveiled an ambitious plan to ban sales of new petrol and diesel vehicles in France by 2040. The measure is part of a wider action plan that will see the country become carbon neutral by 2050.

Nicola Hulot, Minister of Ecological and Solidary Transition in the Philippe Government, said his cabinet recognizes that automakers — a huge part of the French industry — will feel pressured but added he’s been briefed French companies can ‘fulfill that promise’.

During the same announcement, Hulot, a former journalist and environmental activist, stated that the nation will stop using coal to produce electricity by 2022. To further boost the country’s commitments under the Paris Agreement, France will invest €4bn to increase energy efficiency and keep greenhouse gas leaks to a minimum. Very recently, President Trump made the first steps to pull the USA out of the Paris Agreement, a controversial decision that has distanced America from climate leaders. Pascal Canfin, the head of WWF France and a former Green politician, said the new government policy “places France among the leaders of climate action in the world.”

Mr. Hulot noted that poorer households that might not afford to switch to a cleaner alternative, like an electric or gas-run vehicle, will receive a premium to make the transition smoother.

“We want to demonstrate that fighting against climate change can lead to an improvement of French people’s daily lives,” he told a crowd of journalists.

The Netherlands and Norway said they also want to rid themselves of petrol and diesel vehicles with a target of 2025, only eight years from now. Germany and India have similar plans with 2030 as a target. The French plan, however, sounds a bit more realistic.

““The timescale involved here is sufficiently long term to be taken seriously. If enacted it would send a very clear signal to manufacturers and consumers of the direction of travel and may accelerate a transition to electric cars,” Prof David Bailey, an automotive industry expert at Aston University, told The Guardian.

This move is one of the several science-conscious decisions the new government has already pledged to. Just yesterday, they announced that 8 more vaccines will be mandatory for French children starting 2018, following the recommendations of the World Health Organization. 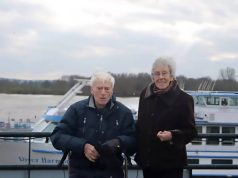 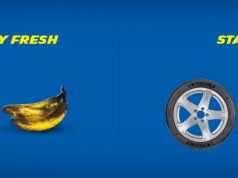 MICHELIN TYRES ARE NOT BANANAS!