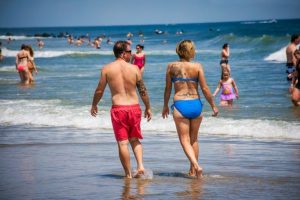 In a devastating display of what can happen when a fresh tattoo becomes exposed, a man has died fighting an infection after taking a swim in the ocean with newly acquired ink.

The 31-year-old man fell victim to a flesh eating bacteria that festered inches deep into his calf where a tattoo of a cross had been placed. The news comes alongside horrific photos of the man’s wound, but be warned: the images are graphic.

It’s alleged the man went for a dip in the Gulf of Mexico just five days after getting the tattoo. Just one day after exposing his ink to the ocean, he developed a fever, chills and a nasty rash near his tattoo. Despite treatment, the infection ultimately killed him.

The incident serves as a chilling reminder to pay attention to tattoo guidelines should you ever decide to receive the body art.

According to these guidelines, you’re supposed to wait at least two weeks before swimming in the pool or ocean to allow the wound to heal. Any time before that the tattooed area is highly vulnerable to some serious infections.

The bacteria in this case, was a particularly nasty flesh-eating strain called Vibrio vulnificus, according to BMJ Case Reports, which shocks the immune system and can be contracted by exposing an open wound to seawater or by eating raw shellfish. 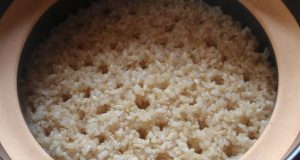 Scientists discover a simple way to cook rice that could halve...

TrendingThisMinute Team - April 29, 2016
Your favourite staple just got healthier. Rice is a mainstay of dozens of different cuisines around the world, and pretty much the fuel that keeps...