WASHINGTON — The nation’s top nutrition advisory panel will drop its caution about eating cholesterol-laden food, a move that could undo almost 40 years of government warnings.

The group’s finding that cholesterol in the diet need no longer be considered a ‘‘nutrient of concern’’ stands in contrast to its findings five years ago, the last time it convened. During those proceedings, as in previous years, the panel deemed ‘‘excess dietary cholesterol’’ a public health concern.

The new view does not reverse warnings about high levels of ‘‘bad’’ cholesterol in the blood, which have been linked to heart disease. Moreover, some experts warn that people with particular problems, such as diabetes, should continue to avoid cholesterol-rich diets.

But the finding follows an evolution of thinking among many nutritionists who now say that, for a healthy adult, cholesterol intake may not significantly affect the level of cholesterol in the blood or increase the risk of heart disease.

The greater danger, according to this line of thought, lies in foods heavy with trans fats and saturated fats.
View Story
Healthy breakfast can help you lose weight

The panel’s report will be the basis for the next version of the ‘‘Dietary Guidelines,’’ a federal publication that has broad effects on the American diet. A person with direct knowledge of the proceedings said the cholesterol finding would make it into the group’s final report.

The Dietary Guidelines help determine the content of school lunches, affect how food manufacturers advertise their wares, and often serve as the foundation for reams of diet advice. Some foods that are high in cholesterol — such as liver and shrimp — may now find more takers.

Walter Willett, who chairs the nutrition department at the Harvard School of Public Health, called the turnaround on cholesterol a ‘‘reasonable move.’’ He said there’s been “a shift of thinking.”

Cholesterol has been a fixture in dietary warnings since 1961, when it appeared in guidelines from the American Heart Association. Later adopted by the government, such warnings helped shift eating habits — per capita egg consumption fell about 30 percent.

Yet even today, after more than a century of scientific inquiry, scientists are divided.

Some nutritionists said lifting the cholesterol warning is long overdue. Many have viewed the evidence as weak, at best. As late as 2013, a task force found that there was ‘‘insufficient evidence’’ to make a recommendation. 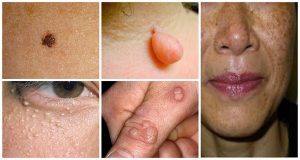 TrendingThisMinute Team - March 1, 2016
Disclaimer: Article found on the net, one should always consult with a qualified and registered medical practitioner before using any of the methods described. There...