veryone who smokes, even occasionally, knows smoker logic by heart: It doesn’t really count if, say, you only smoke after sunset, or just at parties, or only when you drink. But a new study says that’s a load of nicotine-stained bullshit, and every cigarette counts a lot: According to the National Cancer Institute, so-called low-intensity smoking still translates to a higher risk of early death compared to people who don’t smoke at all.

The study, which looked at the smoking beliefs and habits of some 300,000 adults age 59 to 82, published in JAMA Internal Medicine today, found that around 7 percent of those surveyed smoked less than a cigarette a day. About 30 percent smoked under 10 cigarettes per day. Most of them reported smoking heavily earlier in life, and this was as much as they’d been able to “quit.” They figured it couldn’t be that big a deal, since they were smoking so much less than they did before.

Paul Ryan Will Live to Regret Gutting Medicare
A surgeon explains why even the House Speaker needs the program he plans to destroymelmagazine.com

But it’s as big a deal as any bad thing you love doing. In follow-ups, even the less-than-one-cigarette smokers had higher all-cause mortality rates. Specifically, smoking even a half a cigarette a day over a lifetime meant a 64 percent increased mortality risk, the study found, while smoking 10 cigarettes a day translated to an 87 percent greater risk. One-cig smokers were nine-times likelier to die from lung cancer, while the 10-cigarette group’s risk of lung cancer was 12 times higher. “The message is that there is no safe level of smoking,” NCI researcher and lead study author Maki Inoue Choi wrote.

This is a major bummer, not just to those of us laboring under the assumption that we were beating the system by dialing back a bit, but also because Americans overall are currently smoking less than ever, and this is how you thank us?

CDC director Tom Frieden told NPR this year that only about 15 percent of adults now smoke, down 10 percent since 1997. That’s largely attributable to increased cigarette taxes, which fund programs that help people quit, limit smoking in the workplace and demonize it everywhere possible. Frieden also said some of that decrease is also probably due to e-cigarettes helping people quit, though he said some people who pick up vaping continue to smoke traditional cigarettes, too.

While the NCI study notes that previous research has found that the overall length of a person’s smoking lifetime is the more important factor in terms of overall risk, the net result is that your entire plan for quitting smoking by just not smoking so much will do virtually nothing to extend your life.

This is troubling, they note, because low-intensity smoking is not only highly popular among heavy smokers trying to quit, but also something younger people often do and seem to think isn’t harmful. And it’s not hard to see why so many of us think a little smoking isn’t so bad: When even wellness guru Gwyneth Paltrow admits she smokes one American Spirit a week (on Saturday nights, naturally), it’s hard not to imagine you, too, could work cigarettes into your usual fitness routine and juice program and still be healthy.

Of course, it’s not only Gwyneth Paltrow’s fault: Smoker logic is a big part of the problem here. Not just the seductive idea that smoking isn’t all that bad, particularly if you balance it out with other healthy choices (see: the fit smoker), but also the idea that anything less than before has to be measurably healthier. Quitting smoking altogether is such an incredible feat of willpower and personal transformation that it makes you feel invincible. That is in part because doing it not only forces you to transcend powerful physical addiction (it’s in the top three of addictive substances, alongside coke and meth), but also because smoking has such a dreamy, cinematic quality. Most smokers are just as in love with the act of smoking as they are in love with the idea of it, and giving it up is emotionally like ending your favorite toxic relationship.

Smoker logic doesn’t just say that a few cigarettes is a helluva lot better than the pack a day you were puffing through before. It says you’re already probably dying anyway [insert other thing that will kill you first], so why not have a cigarette every now and then. It says light smoking means you’ve discovered the best of both smoking worlds — you kept the smoking door open while being able to simultaneously denounce it.

Plus, if you can go from authentic, full-bore smoker to legit casual smoker who doesn’t really “need” it, you’re a hero in certain circles. But also a pariah: There’s an entire culture around alleged nonsmokers bumming cigarettes because they don’t “really smoke,” including strategies for when to give these “puff predators” cigarettes and when to deny them.

This study blows all that out of the water. It’s essentially saying that like everything in life, what matters with smoking is not quantity, but quality, and a quality relationship with tobacco, no matter the quantity, will kill you.

That said, even this study, for all its unambiguous reinforcement that any and all smoking is bad, is not immune to smoker logic. It still inadvertently provides exactly the sort of logistical wiggle room that so many smokers live (and will most certainly die) by: If under one cigarette a day puts you at a whopping 67 percent higher risk of death, but 10 cigarettes is an 87 percent risk, you may as well go ahead and smoke all 10. Bolder smokers will, of course, read this as justification for going back to a pack a day.

The researchers see this study as proof that all smokers should be targeted for cessation programs, but what it fails to see is that those afflicted with smoker logic just cannot be helped. 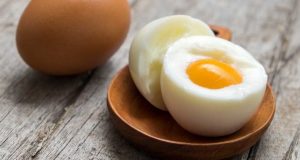 The health benefits of eating eggs

TrendingThisMinute Team - March 31, 2016
Eggs, like some other foods, have gotten a bit of a bad rap over the years, with numerous findings reporting that eggs can be...