“Not only does dieting not work, it causes harm. That’s the bottom line.”

To follow most diets, you have to give something up: dessert, carbs, or even a whole day of eating. But often, that’s not all. Sometimes your mental and emotional health can take a hit, too. Here, four experts tell Inverse the sneaky ways diets like intermittent fasting can both improve mental health and jeopardize it.

Intermittent fasters break up their normal eating routine by regularly abstaining from food for periods of time. Some people practice an extended 16-hour overnight fast, while others go full days without food. There is a growing body of research showing that IF can kick off a cascade of health benefits, including weight loss, lower blood pressure, stabilized blood sugar, and reduced inflammation, and it can potentially prevent disease and the consequences of aging. Fasters often report better moods and improved focus, and some even say it helps reduce depression and anxiety.

But some dietitians caution that so-called “restrictive diets” can be dangerous for some people, exacerbating unhealthy eating patterns like emotional eating, binge eating, and eating disorders.

“Intermittent fasting is a gateway to an eating disorder,” Evelyn Tribole, registered dietitian and co-author of Intuitive Eating: A Revolutionary Program That Works, tells Inverse.

Nutrition therapist Sondra Kronberg, founder and executive director of the Eating Disorder Treatment Collaborative, agrees. “A very small percentage of the population can do this kind of dieting and not have any long-term impact. And by long-term impact, I mean not have any recoil,” she tells Inverse.

Kronberg uses recoil, a reference to the kickback of a gunshot, to describe unforeseen effects of IF. “People can go on a fast and think that it is going to be healthy for them, and it may in fact be, but then they’ll come off and they’ll binge for three weeks,” she says.

To avoid IF’s possible recoil, it’s important to know the fine line between dieting and disordered eating, as well as investigate the reasons we diet in the first place.

Why Do We Diet?

The social pressure to diet starts young — really young — and this is what has some nutritionists and eating disorder experts worried about people who want to try restrictive diets. In 2008, a study on nearly 200 5-year-olds showed that a mother’s dieting behavior shapes how her daughter thinks about dieting. Other estimates suggest that one-third of preadolescent children report dieting.

Get up, breathe, brush your teeth, and go on your diet.”

“Everybody is attached to a device that flashes a million times a minute — not just the messages of what you should look like, but also messages about feeling bad about yourself,” Kronberg says, noting that these messages increase a person’s vulnerability to developing an eating disorder and dieting. “It’s part of: get up, breathe, brush your teeth, and go on your diet.”

Dawn Brighid, an integrative nutritionist at New York’s Eleven Eleven Wellness Center, tells Inverse she sees a lot of anxiety around food. “I see people in tears because they’re hungry and they don’t know what to do and they were told not to eat X, Y, Z, and now they feel like their diet is so restrictive,” she says. “It’s like information overload.”

Many people diet to lose weight, but not always for health-related reasons. “We have a weight bias in our culture, and there is a hierarchy of thin versus normal versus overweight,” says Kronberg, who has counseled patients with eating disorders for over four decades. “You know, thin people get better jobs, better boyfriends, better lives. It’s coveted.”

Kronberg has found that dieting is often about finding control and a sense of accomplishment in a chaotic world.

Between 2013 and 2016, almost half of Americans tried to lose weight in the last 12 months, according to a data brief from the Centers for Disease Control and Prevention’s National Center for Health Statistics (NCHS).

A lot of the time, diets don’t work — or, at least, their impacts don’t last. Across 31 long-term diet studies, a group of UCLA psychologists found in 2007 that dieters typically lost five to 10 percent of their starting weight in the first six months, but one- to two-thirds of people regained more weight than they lost after several years.

Not only does dieting not work, it causes harm.

When diets don’t have the intended result, people plunge into shame. Diet culture tells them they are lazy and undisciplined, and so, they look for the next best diet, and the relentless cycle continues.

“Not only does dieting not work, it causes harm. That’s the bottom line,” Tribole says. “It increases the risk of eating disorders, and it really disconnects people from their bodies.”

When Does IF Become an Eating Disorder?

There is a fine line between practicing IF and engaging with disordered eating, and Kronberg says the slide can happen quickly.

She encourages dieters to examine the “degree to which any diet structure or diet begins to interfere with the quality of your life, your ability to be spontaneous, present, real, engaged, your personality, how it creates more isolation. And ultimately, how it shows a mental imbalance, then a physical imbalance, like lethargy, depression, weakness, mood swings, hyper-anxiety.”

The signs that you’ve slipped into disordered eating can be as subtle as avoiding a party or social event because of the food being served, or skipping a restaurant because it doesn’t meet your specific eating criteria.

he does not recommend IF for people who have dealt with eating disorders in the past and for those who show the risk factors — a much bigger group of people than you might think.

She lists a number of qualities that put people at risk for an eating disorder, including being perfectionistic, rigid, comparative, number-oriented, anxious, depressed, and obsessive. All of these variables can come together, especially during periods of emotional turmoil, to turn IF into a full-blown eating disorder. 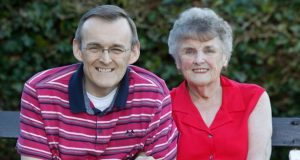 82-Year-Old Woman With Dementia Gets Her Memory Back After Changing Her...

TrendingThisMinute Team - September 21, 2019
Recently, an 82-year-old woman who suffered from dementia, who couldn’t recognize her own son has miraculously got her memory back after changing her diet. When...