PHILADELPHIA (CBS) — It can be relaxing to take a leisurely stroll, but the next time you go for a walk, you might want to pick up the pace. Everyone marches to the beat of their own drum but that tempo seems to be divided in two.

We’ve all been there, you’re walking around with a group, half is lagging behind while the other half is racing forward. Fast and slow walkers have been at odds since the dawn of man, but now there may be a good reason to catch up.

“I’m a fast walker. I’ve got places to go, things to do,” said another.

On a busy city street, the speed freaks and slowpokes are forced to confront the opposition.

Why not slow down the pace and take in the scenery? Well, according to a new study out of the University of Leicester in England, brisk walkers have a long road ahead.

After researching a pool of almost 500,000 people, the study found that fast walkers lived an average of 20 years longer than their slow-paced counterparts.

“I suppose they do. The faster you walk, the fitter you are,” said another.

That’s precisely it. Regardless of body mass, researchers attest that fast walkers proved more physically fit, which served as a better indicator of mortality rates than weight.

Any walking is better than no walking, so fast or slow, a good stroll is a step in the right direction.

Experts say it boils down to fast walking is an indication of better physical fitness, regardless of weight or even height for that matter. 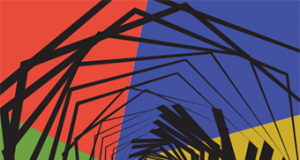 Symptoms and Signs of Adult ADHD