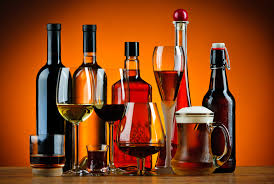 If you’re a certain age, you’ll remember this lesson from biology class: the adult brain is fully formed at age 20, and each drink of alcohol kills one thousand neurons that can never be replaced. Science then discouraged drinking. But today’s science is much better!

It turns out that moderate drinking—a few beers, wines, or cocktails each week—is associated with a longer lifespan in just about every population ever studied, says Dr. Claudia Kawas, professor of neurology and associate director of the Institute for Memory Impairments and Neurological Disorders at the University of California, Irvine.

Speaking at this year’s meeting of the Association for the Advancement of Science(AAS), Dr. Kawas revealed some surprising new conclusions about the aging brain. Her comments drew primarily on the ’90+ Study’—one of the largest studies of its kind—which has carefully analyzed over 1,800 individuals over the age of 90. Kawas spoke at a panel called “Why Some Older Adults Keep Memory and Brain Functions in Tact”.

Once rare, individuals living into very old age are increasingly common. “All the children born today in the United States can expect to live until the age of 103,” said Kawas, recalling how President Nixon would write centenarians a personal letter on their 100th birthday (a practice that is no longer sustainable).

“The sad part about this,” said Kawas, “is we’ve added more years than we’ve added quality.” Of individuals who reach 90 years of age, one-third have dementia, one-third have less severe cognitive decline, and one-third maintain excellent cognitive and motor skills. But what accounts for the variation? And can we use our knowledge to age better and more slowly?

On the topic of alcohol, Kawas referenced one illustrative cohort of the ’90+ Study’ composed of 14,000 individuals who were drinking alcohol at least as early as 1981. That cohort demonstrated that moderate alcohol consumption was associated with a longer lifespan. “I have no explanation for it,” said Kawas, “but I do firmly believe that modest drinking is associated with longevity.”

Longevity and cognitive ability, however, are two different things. Exercise, not alcohol, is associated with lower instances of dementia. And while there is a strong association between physical activity and staying mentally sharp, the causal relationship remains undefined.

As for those biology lessons about the static brain and how alcohol permanently kills neurons, Kawas said: “Now we know how completely wrong we were about that.” 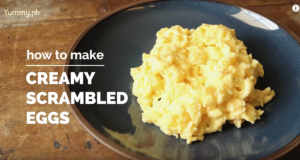