Antibiotic resistance is “one of the biggest threats to global health, food security, and development today” says The World Health Organization (WHO). It can affect anyone, of any age, in any country. It is a huge health problem today as a growing number of infections such as pneumonia, tuberculosis, and gonorrhea are becoming increasingly difficult to treat.

Antibiotics to treat these ailments are becoming less effective because bacteria have evolved defenses to inhibit their effectiveness. This problem has led to longer hospital stays, higher medical costs, and increased mortality. Of course, researchers are busy searching to find better drugs or chemicals to combat the growing menace they call “superbugs” – strains of bacteria that have become resistant to antibiotic drugs.

A new study from the University of Queensland’s Institute for Molecular Bioscience’s Centre for Superbug Solutions in Australia led by Dr. Mark Blaskovich, in collaboration with Botanix Pharmaceuticals Ltd. (a drug-discovery company that’s investigating uses of synthetic cannabidiol for a range of skin conditions) discovered that CBD, or cannabidiol, is “remarkably effective” in killing bacteria… in a test tube. The research showed CBD has antibiotic effects against a number of gram-positive bacteria, including certain types of Staphylococcus and Streptococcus bacteria, as well as superbugs that are now resistant to other antibiotic drugs.

Given cannabidiol’s documented anti-inflammatory effects, existing safety data in humans, and potential for varied delivery routes, it is a promising new antibiotic worth further investigation. The combination of inherent antimicrobial activity and potential to reduce damage caused by the inflammatory response to infections is particularly attractive.

CBD does not produce the “high” associated with marijuana use. It is a compound already in use to relieve pain, anxiety and movement disorders such as those among epileptics. The fact that CBD has the potential to provide therapeutic properties without producing a high has pushed it to received much attention from the medical community. For example, a different study suggests that CBD might also have anti-inflammatory effects.

The new Australian study used a synthetically produced form of CBD (the same on a molecular level, but not derived from cannabis plants.) The researchers tested whether it could kill different types of bacteria. The results showed that the synthetic CBD did just as well as the prescription antibiotics vancomycin and daptomycin in killing certain strains of Staphylococcus and Streptococcus bacteria. Their synthetic CBD even worked against strains of Staph and Strep bacteria that were resistant to vancomycin and daptomycin.

Furthermore, CBD also showed activity against bacterial biofilms which tend to cause difficult-to-treat infections. Biofilms form when bacteria secrete proteins to emit films on surfaces. The research was presented at ASM Microbe, the annual meeting of the American Society for Microbiology. However, it has not been peer-reviewed or published in a journal yet. 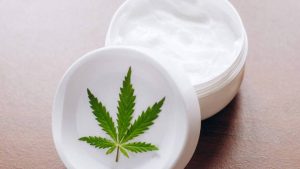 Further work will have to be done to verify efficacy in human subjects because, so far, the researchers have only demonstrated CBD’s effectiveness in laboratory conditions and animal models. They make it a point to stress that certain cannabinoids found in marijuana may display impressive antibacterial properties but that doesn’t translate into these compounds immediately becoming effective antibiotics. For instance, THC has been found to potentially suppress the immune system by increasing body’s production of cells called myeloid-derived suppressor cells.

The researchers stress that the results are very preliminary and people should absolutely not self-treat infections with CBD at this time. Experts caution that many different compounds appear to show antibiotic effects in lab dishes (known as “in vitro” experiments) but these findings don’t always translate to people.

It needs a lot more work to show [that CBD] would be useful to treat infections in humans. It would be very dangerous to try to treat a serious infection with cannabidiol instead of one of the tried and tested antibiotics.

Dr. Amesh Adalja, a senior scholar at the Johns Hopkins Center for Health Security in Baltimore, who wasn’t involved with the study, said:

Just because [CBD] has antibiotic activity in an in vitro assay doesn’t mean it does in the human body. Lots of different compounds … have [antibiotic] activity in a petri dish. Many more studies will be needed to see if CBD could be used as an antibiotic in people. Research will need to determine the dose needed to kill bacteria in the body, whether this dose is safe and how the antibiotic might be delivered.

Nevertheless, Dr. Adalja does admit that the research is promising. “[It’s] more evidence that there [are] a lot of untapped avenues of research with CBD,” he said.

Next, Botanix plans to conduct a clinical trial in people to test whether CBD can effectively remove Staphylococcus aureus bacteria on the skin before surgeries, to prevent post-surgical infections. Meanwhile, the Australian researchers plan to conduct animal studies to understand the types of infections CBD might treat, as well as how CBD may kill bacteria. 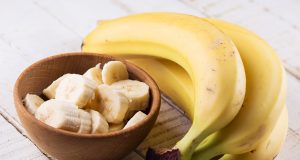 TrendingThisMinute Team - March 3, 2016
By Dana Leigh Smith If an expanding waistline is your problem, experts say that eating more fruits and veggies is one of the best solutions....