Bacteria are rebelling. They’re turning the tide against antibiotics by outsmarting our wonder drugs. This video explores the surprising reasons. Credit Melissa Golden for The New York Times.

Last May, an elderly man was admitted to the Brooklyn branch of Mount Sinai Hospital for abdominal surgery. A blood test revealed that he was infected with a newly discovered germ as deadly as it was mysterious. Doctors swiftly isolated him in the intensive care unit.

The germ, a fungus called Candida auris, preys on people with weakened immune systems, and it is quietly spreading across the globe. Over the last five years, it has hit a neonatal unit in Venezuela, swept through a hospital in Spain, forced a prestigious British medical center to shut down its intensive care unit, and taken root in India, Pakistan and South Africa.

Recently C. auris reached New York, New Jersey and Illinois, leading the federal Centers for Disease Control and Prevention to add it to a list of germs deemed “urgent threats.”

The man at Mount Sinai died after 90 days in the hospital, but C. auris did not. Tests showed it was everywhere in his room, so invasive that the hospital needed special cleaning equipment and had to rip out some of the ceiling and floor tiles to eradicate it.

“Everything was positive — the walls, the bed, the doors, the curtains, the phones, the sink, the whiteboard, the poles, the pump,” said Dr. Scott Lorin, the hospital’s president. “The mattress, the bed rails, the canister holes, the window shades, the ceiling, everything in the room was positive.”

C. auris is so tenacious, in part, because it is impervious to major antifungal medications, making it a new example of one of the world’s most intractable health threats: the rise of drug-resistant infections.

For decades, public health experts have warned that the overuse of antibiotics was reducing the effectiveness of drugs that have lengthened life spans by curing bacterial infections once commonly fatal. But lately, there has been an explosion of resistant fungi as well, adding a new and frightening dimension to a phenomenon that is undermining a pillar of modern medicine.

“It’s an enormous problem,” said Matthew Fisher, a professor of fungal epidemiology at Imperial College London, who was a co-author of a recent scientific review on the rise of resistant fungi. “We depend on being able to treat those patients with antifungals.”

Yet even as world health leaders have pleaded for more restraint in prescribing antimicrobial drugs to combat bacteria and fungi — convening the United Nations General Assembly in 2016 to manage an emerging crisis — gluttonous overuse of them in hospitals, clinics and farming has continued.

Resistant germs are often called “superbugs,” but this is simplistic because they don’t typically kill everyone. Instead, they are most lethal to people with immature or compromised immune systems, including newborns and the elderly, smokers, diabetics and people with autoimmune disorders who take steroids that suppress the body’s defenses.

Scientists say that unless more effective new medicines are developed and unnecessary use of antimicrobial drugs is sharply curbed, risk will spread to healthier populations. A study the British government funded projects that if policies are not put in place to slow the rise of drug resistance, 10 million people could die worldwide of all such infections in 2050, eclipsing the eight million expected to die that year from cancer.

In the United States, two million people contract resistant infections annually, and 23,000 die from them, according to the official C.D.C. estimate. That number was based on 2010 figures; more recent estimates from researchers at Washington University School of Medicine put the death toll at 162,000. Worldwide fatalities from resistant infections are estimated at 700,000.

Antibiotics and antifungals are both essential to combat infections in people, but antibiotics are also used widely to prevent disease in farm animals, and antifungals are also applied to prevent agricultural plants from rotting. Some scientists cite evidence that rampant use of fungicides on crops is contributing to the surge in drug-resistant fungi infecting humans.

Yet as the problem grows, it is little understood by the public — in part because the very existence of resistant infections is often cloaked in secrecy.

With bacteria and fungi alike, hospitals and local governments are reluctant to disclose outbreaks for fear of being seen as infection hubs. Even the C.D.C., under its agreement with states, is not allowed to make public the location or name of hospitals involved in outbreaks. State governments have in many cases declined to publicly share information beyond acknowledging that they have had cases.

All the while, the germs are easily spread — carried on hands and equipment inside hospitals; ferried on meat and manure-fertilized vegetables from farms; transported across borders by travelers and on exports and imports; and transferred by patients from nursing home to hospital and back.

C. auris, which infected the man at Mount Sinai, is one of dozens of dangerous bacteria and fungi that have developed resistance.

Other prominent strains of the fungus Candida — one of the most common causes of bloodstream infections in hospitals — have not developed significant resistance to drugs, but more than 90 percent of C. auris infections are resistant to at least one drug, and 30 percent are resistant to two or more drugs, the C.D.C. said.

Nearly half of patients who contract C. auris die within 90 days, according to the C.D.C. Yet the world’s experts have not nailed down where it came from in the first place.

“It is a creature from the black lagoon,” said Dr. Tom Chiller, who heads the fungal branch at the C.D.C., which is spearheading a global detective effort to find treatments and stop the spread. “It bubbled up and now it is everywhere.”

A deadly, drug-resistant fungus is infecting patients in hospitals and nursing homes around the world. The fungus seems to have emerged in several locations at once, not from a single source.

‘No need’ to tell the public

In late 2015, Dr. Johanna Rhodes, an infectious disease expert at Imperial College London, got a panicked call from the Royal Brompton Hospital, a British medical center in London. C. auris had taken root there months earlier, and the hospital couldn’t clear it.
“‘We have no idea where it’s coming from. We’ve never heard of it. It’s just spread like wildfire,’” Dr. Rhodes said she was told. She agreed to help the hospital identify the fungus’s genetic profile and clean it from rooms.

Under her direction, hospital workers used a special device to spray aerosolized hydrogen peroxide around a room used for a patient with C. auris, the theory being that the vapor would scour each nook and cranny. They left the device going for a week. Then they put a “settle plate” in the middle of the room with a gel at the bottom that would serve as a place for any surviving microbes to grow, Dr. Rhodes said.

Only one organism grew back. C. auris.

It was spreading, but word of it was not. The hospital, a specialty lung and heart center that draws wealthy patients from the Middle East and around Europe, alerted the British government and told infected patients, but made no public announcement.

“There was no need to put out a news release during the outbreak,” said Oliver Wilkinson, a spokesman for the hospital.

This hushed panic is playing out in hospitals around the world. Individual institutions and national, state and local governments have been reluctant to publicize outbreaks of resistant infections, arguing there is no point in scaring patients — or prospective ones.

Dr. Silke Schelenz, Royal Brompton’s infectious disease specialist, found the lack of urgency from the government and hospital in the early stages of the outbreak “very, very frustrating.”

What you need to know about Candida Auris 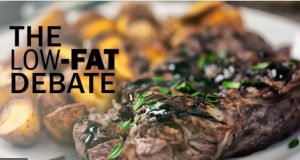 TrendingThisMinute Team - January 14, 2016
By Dr. Mercola, February 25, 2015 For the past half century, cholesterol has been touted as a grave health hazard, and dietary fat and cholesterol...