It’s over. The debate is settled. 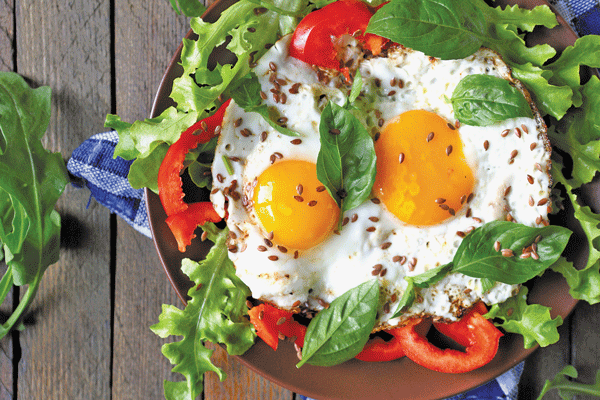 Oops. Fifty years of doctors’ advice and government eating guidelines have been wrong. We’ve been told to swap eggs for cereal. But that recommendation is dead wrong. In fact, it’s very likely that this bad advice has killed millions of Americans.

A rigorously done new study shows that those with the highest sugar intake had a four-fold increase in their risk of heart attacks compared to those with the lowest intakes. That’s 400 percent! Just one 20-ounce soda increases your risk of a heart attack by about 30 percent.

This follows on the heels of decades of research that has been mostly ignored by the medical establishment and policy makers. In fact, the Institute of Medicine recommends getting no more than 25 percent of your total calories from added sugar. Really? This study showed that your risk of heart attacks doubles if sugar makes up 20 percent of your calories.

U.S. Dietary Guidelines provide no limit for added sugar, and the U.S. Food and Drug Administration (FDA) still lists sugar as a “generally regarded as safe” (GRAS) substance. That classification lets the food industry add unlimited amounts of sugar to our food. At least the American Heart Association recommends that our daily diet contain no more than 5 percent to 7.5 percent added sugar. Yet most of us are eating a lot more. Most of us don’t know that a serving of tomato sauce has more sugar than a serving of Oreo cookies, or that fruit yogurt has more sugar than a Coke, or that most breakfast cereals — even those made with whole grain — are 75 percent sugar. That’s not breakfast, it’s dessert!

The biggest culprit is sugar-sweetened beverages, including sodas, juices, sports drinks, teas and coffees. They are by far the single biggest source of sugar calories in our diet. In fact, more than 37 percent of our sugar calories come from soda. The average teenage boy consumes 34 teaspoons of sugar a day, or about 544 calories from sugar. Even more troubling, this isn’t just putting kids at risk for heart attacks at some remote later date in their lives. It’s killing them before their 20th birthday.

This new research syncs with decades of data on how sugar causes insulin resistance, high triglycerides, lower HDL (good) cholesterol and dangerous small LDL (bad) cholesterol. It also triggers the inflammation we now know is at the root of heart disease.

And fats, including saturated fats, have been unfairly blamed. With the exception of trans fats, fats are actually protective. This includes omega-3 fats, nuts and olive oil, which was proven to reduce heart attack risk by more than 30 percent in a recent large randomized controlled study.

How to Cure Our Sugar Addiction

America lags far behind the rest of the world in addressing this problem. Mexico, for example, responded after learning that when soda consumption increased to 20 percent of calories for the average citizen, their rates of obesity and Type 2 diabetes skyrocketed. Public health officials there researched effective solutions to combat obesity and diabetes from around the world.

Another effective strategy is revamping food labeling to make it clear if a food is good, should be consumed with caution, or is bad for you. In the United States, even someone with a Ph.D. in nutrition has trouble deciphering food labels. How can the average person be expected to know?

Recent and mounting scientific evidence clearly proves that sugar — and flour, which raises blood sugar even more than table sugar — is biologically addictive. In fact, it’s as much as eight times more addictive than cocaine.

The average American consumes about 152 pounds of sugar and 146 pounds of flour a year. It’s imperative that we revamp our outdated and dangerous national dietary guidelines. And we need clear strategies and medical programs to help people understand and address the health risks and addictive nature of sugar and refined carbohydrates.

That’s how we can reverse this tsunami of obesity and chronic disease that is robbing us of our health and crippling our economy.

Wishing you health and happiness,

In my new book, The Blood Sugar Solution 10-Day Detox Diet, which will be released on February 25, I provide an easy, step-by-step plan to rid yourself of sugar addiction and reverse your risk of heart attacks. To download a sneak preview of this book, go to www.10daydetox.com and pre-order the book on Amazon

Mark Hyman, MD is a practicing physician, founder of The UltraWellness Center, a six-time New York Times bestselling author, and an international leader in the field of Functional Medicine. You can follow him on Twitter, connect with him on LinkedIn, watch his videos on YouTube, become a fan on Facebook, and subscribe to his newsletter.