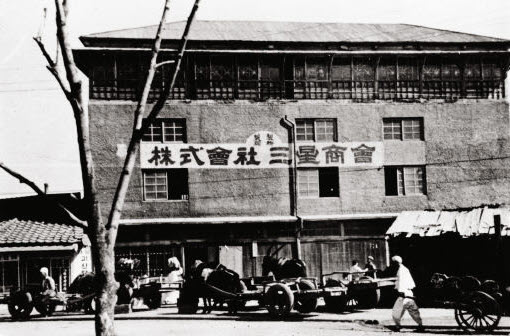 Samsung, now a massive multinational conglomerate company which has a huge influence on South Korea’s economic development, politics, media and culture, started out as a humble noodle trading company.

In 1938, Lee Byung-chull (1910–1987) born into a large landowning family, in the Uiryeong county moved to nearby Daegu city and founded Samsung Sanghoe Samsung started out as a small trading company with forty employees located in Su-dong (now Ingyo-dong). It dealt in locally-grown groceries and made noodles. The company prospered and Lee moved its head office to Seoul in 1947. When the Korean War broke out, he was forced to leave Seoul. He started a sugar refinery in Busan named Cheil Jedang. In 1954, Lee founded Cheil Mojik and built the plant in Chimsan-dong, Daegu. It was the largest woollen mill ever in the country.

Samsung diversified into many different areas. Lee sought to establish Samsung as an industry leader in a wide range of industries. Samsung moved into lines of business such as insurance, securities and retail. President Park Chung Hee placed great importance on industrialization. He focused his economic development strategy on a handful of large domestic conglomerates, protecting them from competition and assisting them financially.

In 1947, Cho Hong-jai, the Hyosung group’s founder, jointly invested in a new company called Samsung Mulsan Gongsa, or the Samsung Trading Corporation, with the Samsung’s founder Lee Byung-chull. The trading firm grew to become the present-day Samsung C&T Corporation. After a few years, Cho and Lee separated due to differences in management style. Cho wanted a 30 equity share of the company and Lee disagreed with his demands. Samsung Group was divided into Samsung Group and Hyosung Group, Hankook Tire and other businesses.

In the late 1960s, Samsung Group entered into the electronics industry. It formed several electronics-related divisions, such as Samsung Electronics Devices, Samsung Electro-Mechanics, Samsung Corning and Samsung Semiconductor & Telecommunications, and made the facility in Suwon. Its first product was a black-and-white television set.

In 1980, Samsung acquired the Gumi-based Hanguk Jeonja Tongsin and entered the telecommunications hardware industry. Its early products were switchboards. The facility was developed into the telephone and fax manufacturing systems and became the center of Samsung’s mobile phone manufacturing. They have produced over 800 million mobile phones to date.The company grouped them together under the name of Samsung Electronics in the 1980s.

Compared to other major Korean companies, Samsung survived the 1997 Asian financial crisis relatively unharmed. However, Samsung Motor was sold to Renault at a significant loss. As of 2010, Renault Samsung is 80.1 percent owned by Renault and 19.9 percent owned by Samsung. Additionally, Samsung manufactured a range of aircraft from the 1980s to the 1990s. An aircraft manufacturing company  was founded in 1999 as Korea Aerospace Industries (KAI), the result of merger between then three domestic major aerospace divisions of Samsung Aerospace, Daewoo Heavy Industries and Hyundai Space and Aircraft Company. However, Samsung still manufactures aircraft engines and gas turbines

In 2015, Samsung has been granted more U.S. patents than any other company – including IBM, Google, Sony, Microsoft and Apple. The company was granted  7,679 utility patents through Dec. 11.

In January 2016, Samsung announced it will be working with Microsoft to develop IoT devices based on Windows 10, where the companies will work together to develop products that will run on the platform, as well as integrate with other companies developing hardware and services on Microsoft’s OS. The future looks bright for Samsung. 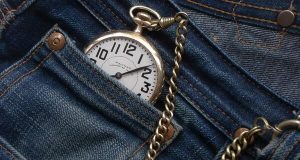 Why our jeans have a little pocket.

TrendingThisMinute Team - January 25, 2016
We're pretty sure you've noticed that little pocket sitting inside one (or both) of your standard front jeans pockets. You've also asked yourself what the heck...