Large numbers of people love swimming in the sea, and feel perfectly safe doing so. Yet many of them don’t realise just how easy it is to drown when you’re having fun on the beach. Most of us assume that alcohol is to blame when tragedies of this kind occur. However, more often than not there is a different cause — rip currents.

In this article, we’ll tell you why this phenomenon is so dangerous, as well as how to avoid the fate of those who didn’t know about it before it was too late.

A rip current is one of the most dangerous natural phenomena you can encounter in the sea. These currents kill both regular and professional swimmers. This is often the result of a person simply not knowing what they should do when they encounter them.

You can try to resist the current, but it won’t work. And then when you realise that this is the case, panic sets in — and that’s not going to help you either.

Rip currents are especially dangerous if they occur in shallow waters where there is a gently sloping, low-lying coastline surrounded by tongues of sand, shoals or islets (the Gulf of Mexico or the Sea of Azov, for example). In such cases, the mass of water is unable to return to the open sea at low tide because of these natural barriers. The pressure placed on the point where the flow of water joins with the sea grows significantly. Rapids form, with the water rushing back towards the sea at around 2.5-3 metres per second and forming a kind of river in the middle of it.

This is what it looks like. The diagram below shows the reverse flow of water moving at a right angle to the shore, in the direction of the sea:

These corridors of water can appear at any point along the beach. Waves roll along one after another, bringing more and more water and returning out to sea at varying speeds, thereby forming a reverse flow — that is, the river-like phenomenon noted above:

In the following photo you can clearly see the reverse flow of the water, as well as some unfortunate people who have become caught up in it:

How can you detect these currents and avoid getting trapped in them? Look out for the following signs:

If you see any of the things described above, you’re lucky, because it means that you’ve detected the rip current before you’ve had a chance to get caught up in it. Don’t go and swim there. But what if you didn’t see any of these four signs? Bad news, because 80% of dangerous rip currents cannot be identified by sight.

Remember, rip currents can occur anywhere along the shore. If you stand in the water only up to your waist, and definitiely if you’re in it up to your chest, a rip current can seize you and carry you out to sea. Of course, people who don’t know how to swim often do exactly this — they enjoy themselves by simply staying in one place. So under no circumstances should you go into the sea far from other people, and of course, always pay attention to the red flags and any warning signs placed on the beach.

What to do if you get caught in a rip current

When we’re in a state of panic, our actions are determined by our instinct for self-preservation, and it becomes a lot harder to take rational decisions. If you actually know what you need to do when you get caught in a rip current, you have every chance of surviving.

Don’t struggle against the flow of water by trying to swim directly back to the shore. Unfortunately, this won’t achieve anything other than to use up all your energy. Instead of swimming towards the shore, swim parallel to it. If the rip current is narrow (up to 5 metres), you’ll be able to escape it very quickly.

It won’t be easy to escape in this case, even if you follow the rules and swim parallel to the shore. But again, when you realise that you can’t get out, don’t panic! Just relax, because the reverse flow of water won’t last for very long; it will stop within about 5 minutes. Once it’s stopped, first swim about 50-100 metres parallel to the shore, and then towards it. If you try to go straight towards it, there’s always the chance that the flow will start again in the exact same place, and you’ll be stuck again.

Rip currents are not the same thing as whirlpools. They drag you along the surface of the water, and never down to the sea bed.

Usually they are never more than 50 metres in width. More often than not, they don’t exceed 10-20 metres. Once you’ve swam just 20-30 metres along the shore, then you should be able to feel that you’re safely out of it.

The flow of water always weakens relatively quickly, coming to an end at the point where the waves reach their peak and begin to crash down. Surfers call this area the ’line up’; usually it’s no further than 100 metres from the shoreline.

Please tell your friends about all of this. That way you might save not just your own life, but someone else’s as well. 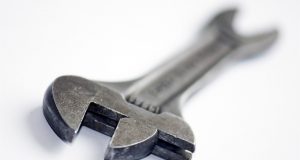 TrendingThisMinute Team - May 3, 2018
#1 Automatic identification systems Getting completely lost is difficult today thanks to global positioning systems (GPS), which are now an essential part of our daily...