Oreo is the best-selling cookie in the United States since its introduction in 1912.In 2012 Oreo celebrated its 100th birthday and in name of the anniversary,  Buzzfeed  posted their highlight packaging designs over the years.

The “Oreo Biscuit” was first developed and produced by the National Biscuit Company (today known as Nabisco) in 1912 at its Chelsea, Manhattan factory in the current-day Chelsea Market complex, located on Ninth Avenue between 15th and 16th Streets. Today, this same block of Ninth Avenue is known as “Oreo Way.” The name Oreo was first trademarked on March 14, 1912.It was launched as an imitation of the Hydrox cookie manufactured by Sunshine company, introduced in 1908.

The original design of the cookie featured a wreath around the edge of the cookie and the name “OREO” in the center.In the United States, they were sold for 25 cents a pound (453 g) in novelty cans with clear glass tops. The first Oreo was sold on March 6, 1912 to a grocer inHoboken, New Jersey. The Oreo Biscuit was renamed in 1921, to “Oreo Sandwich.”A new design for the cookie was introduced in 1924.A lemon-filled variety was available briefly during the 1920s, but was discontinued. In 1948, the Oreo Sandwich was renamed the “Oreo Creme’ Sandwich”; it was changed in 1974 to the Oreo Chocolate Sandwich Cookie.The modern-day Oreo design was developed in 1952 by William A. Turnier,to include the Nabisco logo.

The modern Oreo cookie filling was developed by Nabisco’s principal food scientist, Sam Porcello.Porcello held five patents directly related to his work on the Oreo.[He also created a line of Oreo cookies covered in dark chocolate and white chocolate.Porcello retired from Nabisco in 1993. In the early 1990s, health concerns prompted Nabisco to replace the lard in the filling with partially hydrogenated vegetable oil. Oreo cookies are popular with certain dietary restrictions, like vegans, because the cream inside the cookie does not contain any animal products. The origin of the name Oreo is unknown, but there are many theories, including derivations from the French word ‘Or’, meaning gold (as early packaging was gold), or the Greek word ‘Oreo’, meaning beautiful, nice or well done.Others believe that the cookie was named Oreo because it was short and easy to pronounce. Nabisco began a marketing program in 2008, advertising the use of Oreo cookies in a game called DSRL, which stands for “Double Stuf Racing League.” The DSRL was introduced one week prior to Super Bowl XLII. This sport had also been endorsed by football brothers Peyton Manning and Eli Manning. Sisters Venus and Serena Williamshave also joined, and challenged the Mannings to a race, which aired in an ad on January 18, 2009.[19] Another campaign started for Golden Double Stuf Oreo cookies with the brothers being challenged by Donald Trump & “Double Trump” played by Darrell Hammond; the date for this competition was January 24, 2010. The Mannings won in both cases. A new ad campaign is currently revolving around a ‘Hooded Menace’ threatening to take over the Double Stuf Racing League, and Eli Manning and Stufy (the DSRL mascot) needing some help airing beginning on or around September 14, 2010. Six days later, it was announced that Shaquille O’Neal and Apolo Ohno joined Oreo Double Stuf Racing League vets Eli Manning and Venus Williams. 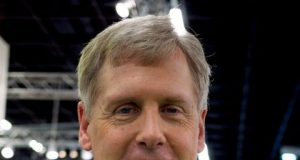 The first digital camera was invented in 1975 by Steve Sasson,...

TrendingThisMinute Team - July 4, 2016
If you had come up with a great invention, you’d want to share it with everyone, right? In fact, if it is something useful...