Doctors at the University of Mississippi dissected two chicken nuggets, looked at them under a microscope, and were “astounded.”

The chicken nugget can conjure purity. No buns, pickles, or bones. Not many carbs, apart from the breading. This is simplicity delivered economically, flightless birds, protein for the protein-hungry America of today—or, to followers of Michael Pollan, the corn-fed-meat-wrapped-in-corn-preserved-breading-dipped-in-corn-sweetened-goo kind of purity.

Richard D. deShazo, MD, is a distinguished professor of medicine and pediatrics at University of Mississippi Medical Center. He does not see purity. At least, not anymore.

“I was floored. I was astounded,” deShazo said of the moment he looked at a chicken nugget under a microscope.

The feckless children screamed, but still asked to eat the nuggets.

Dr. deShazo has been concerned about the American diet for a while. Recently, he says, he “got a little curious about chicken nuggets” because “it almost seemed like they were habituating—that kids were addicted to the chicken nuggets.”

So he asked a colleague, pathologist Steven Bigler, MD, to see what’s inside the nuggets by cutting them open “just like a human being [in an autopsy].”

Bigler and deShazo dissected two random chicken nuggets from different restaurants. They will not tell us which—because this is meant as an interesting reminder, not a Sinclarian exposé—beyond that they are “national fast-food chain restaurants near [the] academic health center in Jackson, Mississippi.” (Probability is high that one of these restaurants has a clown for a mascot and professes to literally sell happiness to children, in that there are four of said restaurants within two miles of the medical center. One is within the hospital.)

DeShazo and Bigler’s work is published in the American Journal of Medicine. This is what they saw: 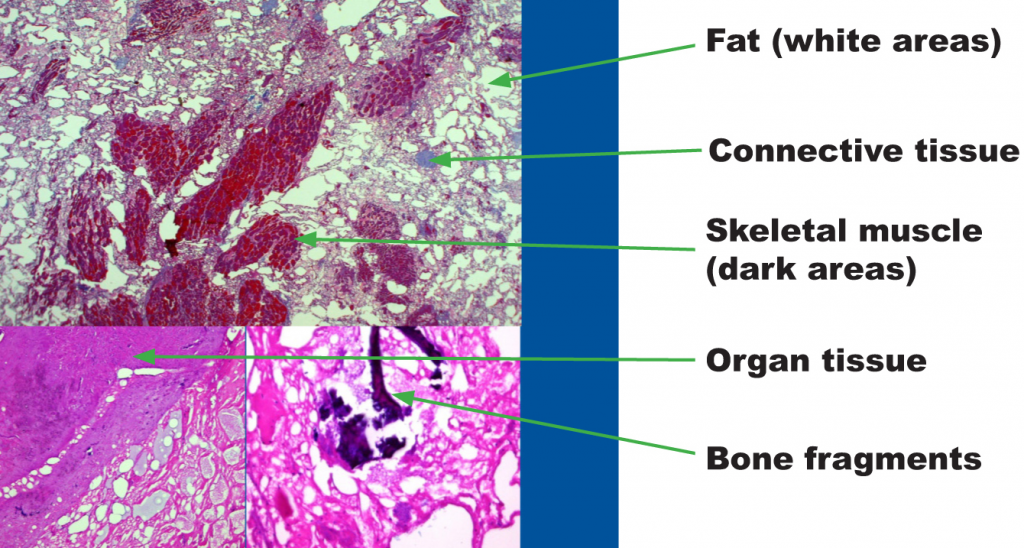 The nugget from the first restaurant (breading not included) was approximately 50 percent muscle. The other half was primarily fat, with some blood vessels and nerve, as well as “generous quantities of epithelium [from skin and visceral organs] and associated supportive tissue.” That broke down overall to 56 percent fat, 25 percent carbohydrates, and 19 percent protein.The nugget from the second restaurant was 40 percent skeletal muscle, as well as “generous quantities of fat and other tissue, including connective tissue and bone.” That was 58 percent fat, 24 percent carbs, and 18 percent protein.
“It’s almost like super glue that we’re eating. In some fast-food restaurants.”

“We’ve taken a very healthy product—lean, white meat—and processed it, goo-ed it up with fat, sugar, and salt [in the breading],” he said. “Kids love that combination.” So do non-kids.

The National Chicken Council (NCC) is unimpressed by deShazo’s work. “Chicken nuggets are an excellent source of protein,” Dr. Ashley Peterson, NCC’s vice president of science and technology, told Reuters. “Especially for kids who might be picky eaters. This study evaluates only two chicken nugget samples out of the billions of chicken nuggets that are made every year.” 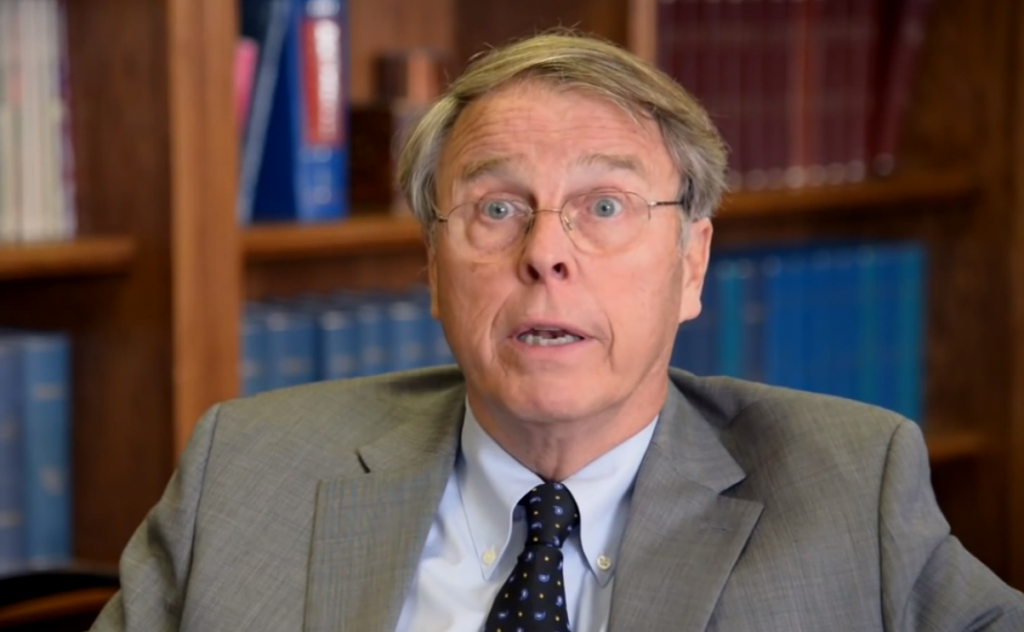 And to the meat-glue allegation, the NCC defends: “Transglutaminase, referred to by some as ‘meat glue,’ is an enzyme sold for almost two decades that is used mostly in food service to bind pieces of meat together, such as a beef tenderloin or a strip of bacon to a filet. It is not used to make chicken nuggets. It is unnecessary–protein is extracted with salt and phosphate, then breast or thigh meat is ground or chopped and then easily formed into a nugget shape. The breading helps hold the nugget together, as well.”

DeShazo is quick to note that not all chicken nuggets are equal, and some do a better job of being meaty. Some chains are outspoken in addressing recent concerns about this, including KFC and Chick-fil-A, which advertise that their nuggets are entirely breast meat. Small studies like this are good for consumer awareness that drive demand in that direction.

The NCC reminds us that all products must include nutrition information on labels. For fast food chains, you can ask them for a pamphlet or check their website. (The NCC also contends that products whose ingredients contain “rib meat” are just as good as breast meat: “Rib meat is simply a natural extension of the breast meat.”)

The takeaway from this study is a reminder to look at the numbers if you’re eating a lot of nuggets. The numbers and images deShazo generated in this little project are on his side in writing: “Chicken nuggets available at national fast food chains operating in a state with an epidemic of obesity and obesity-related disease [Mississippi is the most obese state] remain a poor source of protein and are high in fat.” Just, not all nuggets.

“Medical professionals should advise patients of the limited nutritional value of many processed foods,” he writes, “including this product.”

The concept of hot pot is simple. You set a pot of simmering broth on…

Hot pot can be healthy when you choose your ingredients, soup base and dipping sauces…