Devious Littlefinger (played by Aidan) saw Arya (Maisie Williams) as she was working in Harrenhal and kept her hidden.

Although the duo had met previously, it was unclear whether Littlefinger recognised the heroic Stark or not.

Now, Aidan has confirmed what many already suspected, that his character did recognise her all those years ago.

The 49-year-old told Entertainment Weekly: “It was unclear if he recognised her or not, but I have my own thoughts on that.

“Yes, I did recognise her – I just didn’t say anything or do anything about it,” Aidan teased.

The actor also addressed rumours of underlying sexual tension between Littlefinger and Sansa Stark (Sophie Turner), explaining that it will be far from resolved.

Aidan added: “I finished last season on a promising note by laying my cards on the table – at least to Sansa.

“I was [sowing seeds of doubt about Jon Snow] throughout my appearances in season six, and, yeah, that will continue. It’s pretty obvious what my game is there.

“We’re playing out that final exchange in the Great Hall in Winterfell. But the same time my character is becoming quite aware that Sansa is becoming as bright as me and just as wary of my manipulation of her.

“There are all kinds of mixed things going on with Littlefinger and his relationship with Sansa, so watching her grow in stature is quite enjoyable,” he teased. 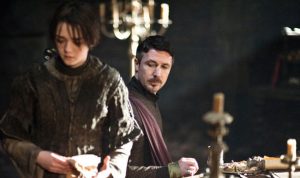 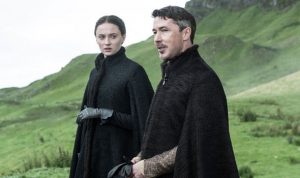 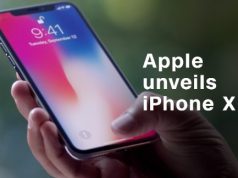 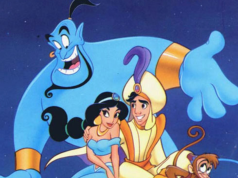 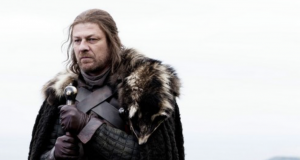 Gem Hiro - July 9, 2017
Last we saw the loyal family man Eddard Stark, he had his head on the chopping block.Recently, a theory has revealed the slight possibility...