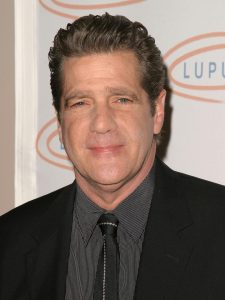 Glenn fought a courageous battle for the past several weeks but, sadly, succumbed to complications from Rheumatoid Arthritis, Acute Ulcerative Colitis and Pneumonia.

Glenn Lewis Frey (/fraɪ/; November 6, 1948 – January 18, 2016) was an American singer, songwriter, producer and actor, best known as a founding member of rock band the Eagles. During the 1970s, Frey played guitar with the band, as well as piano and keyboards. Alongside Don Henley, Frey was one of the primary singers of the Eagles; he sang lead vocals on songs such as “Take It Easy“, “Peaceful Easy Feeling“, “Tequila Sunrise“, “Already Gone“, “Lyin’ Eyes“, “New Kid in Town” and “Heartache Tonight“.

As a member of the Eagles, Frey won six Grammy Awards, and five American Music Awards. The Eagles were inducted into the Rock and Roll Hall of Fame in 1998, the first year they were nominated. Consolidating his solo recordings and those with the Eagles, Frey released 24 Top 40 singles on the Billboard Hot 100.