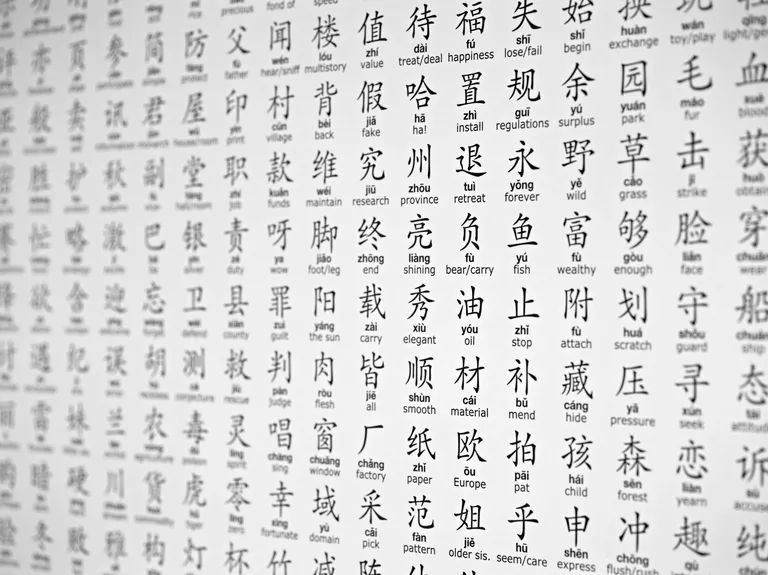 Just months before arriving in Beijing, I asked my Chinese friend to give me a Chinese name. She said it was easy since “Andy” can be transliterated to just 安迪 (ān, safe; dí, guide). When I did some background research of places to visit in Beijing, Tian’anmen 天安门 (Tiān’ānmén or Gate of Heavenly Peace) was one of the recommended spots. The word Tian’anmen got me really interested in learning more characters because it had the same ān as in my name. Then I started using Pleco to decipher subway station names (especially when it’s overcrowded or when I’m on a long train journey).

I remember my Chinese teacher telling me that I would have to memorize not only the phrases but also the pinyin and the characters if I wanted to learn Chinese. It’s hard I must say, but just knowing basic characters will give you enough background to get around, especially when you’re traveling, dining out, or going to malls.

I found several resources listing the first 100 Chinese characters beginners to the language might memorize. The first 50 are almost the same, but the lists differ when it comes to the 60 to 100 character tier. Regardless, this list from Learning Chinese Everyday certainly helps, especially for knowing about 80 characters that can help beginners to the language compose simple sentences.

If you find pronouncing the characters difficult, we have a starter guide which provides an easy way to speak the four Chinese tones. In the list below, you’ll find the pronunciation guide along with a number, its grammatical function, and lexical meaning. The number indicates the character’s usage in most Chinese conversations.

The website also says that “to understand 90 percent of the content in Chinese publications, students have to learn only about 900 Chinese characters and 11,000 phrases/words.”

There’s an alternative list of the first 100 characters in order of frequency (link in .pdf), and another with 300 characters and their definitions. This can be a great way to kill time while on the subway or during long travels!

Sculpture of Dassler in the Adi Dassler Stadium. Photo by Maxim560 CC BY-SA 3.0[/caption] It…