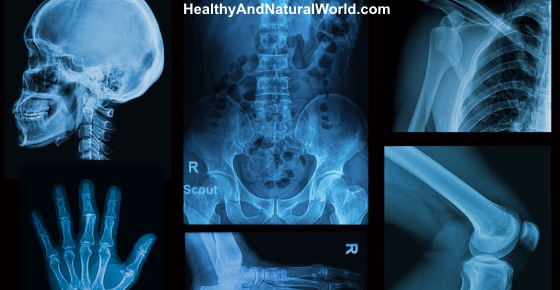 Certain Coca-Cola bottles claim that the drink contains no artificial flavors and chemical preservatives. This seems to be the company’s newest strategy to get the more health-conscious customers back on board.

The only problem is that the labeling is somewhat misleading. Coke contains the notorious phosphoric acid, which is essentially both an artificial flavor and a preservative, and has been linked to many health problems. It also contains other ingredients that are linked to depression, kidney damage, heart attacks and brain damage.

Read on to find out what happens to your body when you consume Coca-Cola and how it can harm your entire body.

What Happens when you Drink a Can of Soda

Here is what happens within an hour of drinking a can of soda:

Within 20 minutes, you get a sugar high. Your blood sugar spikes, resulting in a quick release of the hormone insulin. The liver tries to compensate by turning excessive sugar into fat and storing it around the body.

Within 40 minutes, all the caffeine is absorbed and your body responds to this substance: the pupils dilate, blood pressure rises, and the liver dumps even more sugar into the bloodstream.

Around 45 minutes after you have had your drink, the body increases dopamine production, which gives the person an imminent sensation of pleasure – this is similar to the way the body responds to heroin.

After 60 minutes, you develop a sugar crash. You can experience fatigue, change in mood, lethargy, mental fogginess.

A can of coke contains about 10 teaspoons of sugar, which amounts to 100% of your recommended daily intake.

The extreme sweetness is masked by phosphoric acid, which prevents the body from developing an immediate reaction to the glucose overload. Here is how phosphoric acid can destroy your bones.

How a Can of Coke Can Destroy your Bones

It is a mass-produced chemical, available cheaply and in large quantities. It can be used to remove rust, while the food-grade phosphoric acid is a very acidifying agent. It makes the drink more acid than vinegar or lemon juice.

One such study was published in The American Journal of Clinical Nutrition in 2006. The main conclusion of the study was that drinking cola is associated with low bone mineral density (BMD) in women. Women who were drinking Coke daily, had 3.7% lower BMD at the femoral neck compared to those who didn’t consume the drink. The link was not found with other carbonated soft drinks.

There was however a study that claimed just the opposite, and linked low phosphor intake to lower bone density. This study was funded by Coca-Cola, so the findings are not unbiased, and the validity of the study has been questioned.

Soda Can Cause Depression

According to the American Academy of Neurology (AAN), people who drank more than four cans or cups per day of soda were 30 percent more likely to develop depression than those who drank no soda.5

Soda Can Cause Kidney Damage

The National Kidney Foundation advises strongly against the consumption of soda. Kidney function declined over two decades in women who drank several diet sodas a day, according to researchers from the prestigious Nurses’ Health Study. In fact, compared with women who did not drink diet soda, soda-drinking women had a 30% greater reduction in kidney function in 20 years. More than 3,000 women have participated in the study for 20 years or more; now the women’s median age is 67 years.6

According to the journal Respirology, drinking soda might raise the risk for respiratory diseases like asthma and chronic obstructive pulmonary disease (COPD). 7

Excessive consumption of sugar is one of the most dangerous brain damaging habits but did you know that even sugar free diet soda can potentially damage your brain?

Aspartame, a common artificial sweetener in diet sodas can harm your brain. According to a study published in the journal Drug and Chemical Toxicology, long-term consumption of aspartame leads an imbalance in the antioxidant/pro-oxidant status in the brain.7

According to a study, excessive intake of soft drinks could cause complex dental consequences including dental erosion and tooth decay.8

Consumption of fizzy beverages harms the heart. According to a Harvard-based study, drinking soda increases the risks of coronary heart disease. Adverse changes in lipids, inflammatory factors, and leptin were also noted.

Those participants of the study who drank the most sugary drinks, had 20% higher chances of developing a heart attack (see my post about 10 signs of heart attack you should not ignore).

Soda drinks affect almost every part of your body and the short-term and long-term consequences can be quite drastic. By avoiding fizzy drinks, you will promote the health of your brain, lungs, heart and teeth.

Coca-Cola is Under Fire for its Deceptive Labeling

As I mentioned at the beginning of this post, certain Coca-Cola bottles claim that the drink contains no artificial flavors and chemical preservatives. Coca-Cola is under fire for its deceptive labeling, and several class action lawsuits have been filed across the US.

The company officials say that phosphoric acid is not on the Food and Drug Administration’s (FDA) list of artificial flavors, so they are not obliged to name it as one. But this claim was quickly discredited, as the FDA’s list is not meant to be exhaustive.

The FDA defines artificial flavors as ingredients included specifically to add flavor and which are not derived from natural sources like fruit and vegetable juice, plant materials, or dairy products, among other things.

Coke doesn’t hide the fact that phosphoric acid is used in its signature drink, and includes it in the list of ingredients. It adds tartness to Coke (that’s why the abundance of sugar has to be used to mask and balance the acidity), and prevents spoilage, so it’s clearly a flavoring and a chemical preservative.

Where Else you Can Find Phosphate Compounds

Meat and dairy products also contain phosphate compounds, which is probably why they can cause inflammation in the body.

According to the Center for Science in the Public Interest (CSPI), most phosphates in the American diet don’t come from soft drinks, but from animal products. Taking that into consideration, Coke might be more harmful due to its high sugar content, and less for the phosphoric acid it contains.

Food and beverage labeling is becoming a big battlefield, and there is a lot of scope for fraud and product misrepresentation. Common ingredients found in processed foods can be harmful for our health (and you can read about them in my article about the top 10 worst ingredients in food).

It is clear that Coke is not a natural drink. People buy it for other reasons, and being healthy is not one of them.

You may think that drinking sugar-free diet soda is better for you than regular soda, which is full of sugar. After all, we all know about the dangers of consuming too much sugar.

However, a medical study published in the American Heart Association’s journal Stroke found that the artificial sweeteners used in diet drinks are a major cause for concern.

The medical study found that drinking diet soda is linked to a greater risk of stroke and dementia.

You can find more details about it in my article: Drinking One Diet Drink Daily Can Triple Risk Of Dementia & Stroke (and Cause Cancer).

Recently, an 82-year-old woman who suffered from dementia, who couldn’t recognize her own son has…