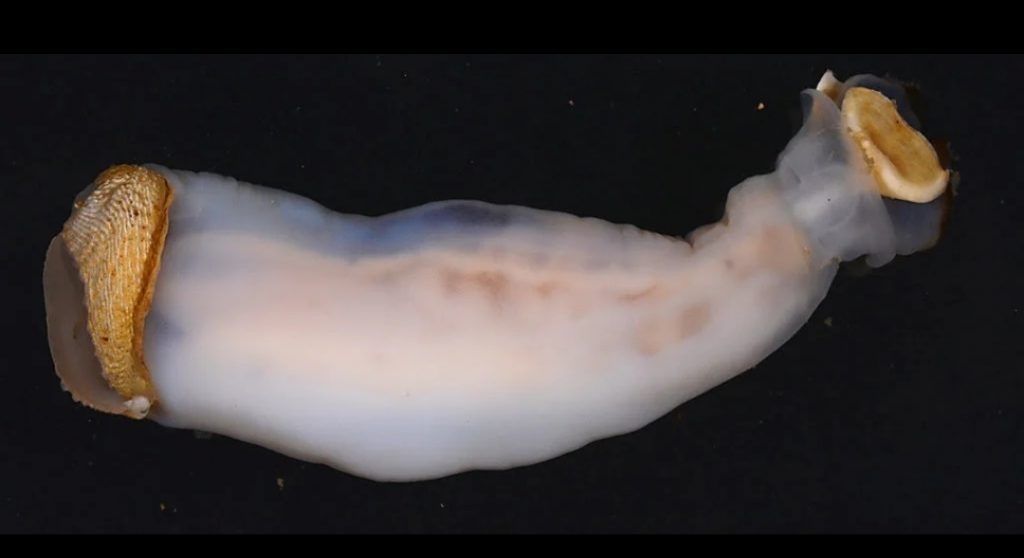 It is a new species discovered in 2016 (Image: Marvin A. Altamia and Reuben Shipway)

A worm-like sea creature which eats stones and excretes sand has been studied in detail for the first time.

London-based newspaper The Daily Mirror reported on Thursday that the “Lithoredo abatanica” locally known as “tamasok” was discovered in 2016 in Bohol province.

However, scientist have now spent time finding out about how the organisms lives and functions.

It is a thick, white creature that can grow more than a metre long, and lives in fresh water, according to Science Magazine.

It was spotted in the limestone banks of the Abatan River and researchers had their indepth work published by the Proceedings of the Royal Society B on Thursday, June 20.

Scientists discovered that the Lithoredo abatanica is actually a type of shipworm.

The slippery creatures have plagued sailors for centuries by chewing up the wood in ships.

The Wood-eating shipworms use their shells, which are covered in tiny invisible teeth, to drill into the wood.

The Lithoredo abatanica is a rock-eating shipworm which has less, but slightly thicker teeth, which it uses to scrape away at the rock.

Dr J. Reuben Shipwy said: “We had a few animals in a makeshift aquarium and you could basically watch them excreting fine particles of sand out of their siphon.”

It is not known if the shipworms are extracting any nutrients from the stone or if the digestion process serves another purpose.

The bee declared the most important living being on Earth

The bees have been declared the most important living beings on this planet, the Earthwatch…