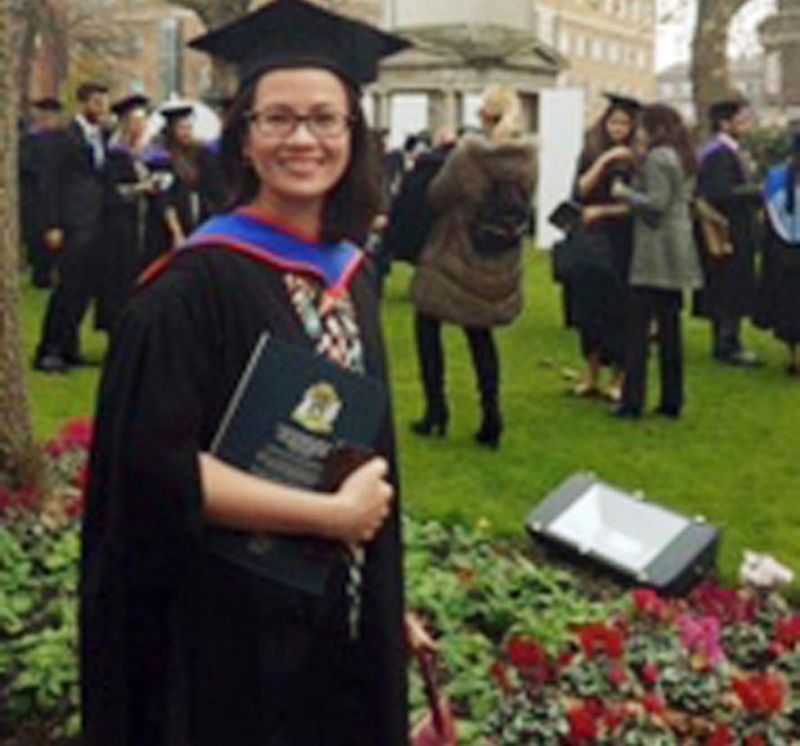 LONDON —Lawyer Rhio Fuentes-Nuylan walked up the stage of the esteemed Queen Mary University of London Tuesday afternoon after a year of postgraduate studies under the equally prestigious Chevening Scholarship, which is under the auspices of the British government.

Graduating with distinction, she bested other students in her class and was awarded the Top Performing Student for the Master of Science in Law and Finance, which she chose to support her work at the Bangko Sentral ng Pilipinas as a senior bank officer.

She and 26 other Filipinos finished their post-graduate studies in prestigious universities here in the United Kingdom.

The Chevening Scholarship was supported by Megaworld Foundation, its partner in the Philippines in funding the students.

In an interview with The STAR, Nuylan said her experience in the United Kingdom has inspired her to contribute to the development of policies that would help create a strong financial structure for the Philippines.

This same motivation made her decide to work for the BSP since 2007.

“In government, there is an opportunity for people to become catalysts of change. At the BSP, our work involves providing the technical input for important financial legislation,” she said, citing the recent passing of the Islamic Banking Bill in the House of Representatives.

But studying abroad does not come without its challenges, according to Nuylan, who is married to an army special forces officer.

“Family will always be the primary consideration. They are priority. But, you just have to believe that it is worth the sacrifice,” she said.

“Despite the challenges, you have a goal set in your mind. When these obstacles appear in front of you, you need to re-orient yourself and focus on the objective. Those challenges should never make you give up however difficult they may be,” she said.

Her brother, who is now based here, provided her support and the company to help her overcome the homesickness.

The mother of two, who hails from San Fernando town in Masbate province, was a consistent honor student.