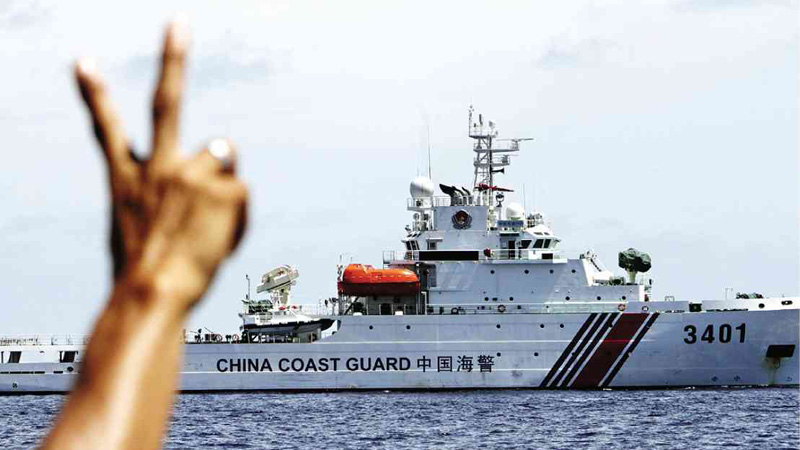 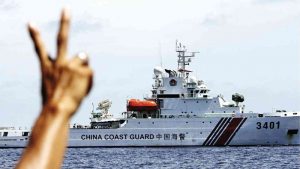 WASHINGTON—The United States does not want China to use its Navy to intimidate fishing vessels from other countries in a disputed area of the South China Sea, the US state department said on Wednesday.

“We are aware of these press reports regarding the Chinese vessels operating near Jackson Atoll in the contested areas of the South China Sea,” state department spokesperson Mark Toner said at a news briefing, referring to Quirino Atoll on the Philippine side of the Spratly archipelago.

“We don’t want them using … their Navy to intimidate other fishing vessels in that region,” Toner said.

Eugenio Bito-onon Jr., mayor of Kalayaan town in the Spratlys, reported on Tuesday that he saw the Chinese ships while flying in a plane over the uninhabited Quirino Atoll last week.

He said the Chinese ships had been there for two months.

Foreign Secretary Albert del Rosario said the Department of Foreign Affairs (DFA) had received a report that Chinese Coast Guard ships were sighted at Quirino Atoll two weeks ago, but the vessels were gone by Wednesday.

The Western Command (Wescom) of the Armed Forces of the Philippines, which guards the West Philippine Sea—South China Sea waters within the Philippines’ 370-kilometer exclusive economic zone—reported no sighting of Chinese vessels at Quirino Atoll.

Lopez said a Wescom air patrol on Feb. 24 did not see Chinese vessels near Quirino Atoll. Only Filipino fishermen were seen in the area, he said.

The Chinese foreign ministry confirmed, however, that the Ministry of Transportation dispatched ships to salvage a fishing vessel that ran aground near Quirino Atoll in late 2015 and which posed a risk to navigation.

Hong Lei, spokesperson for the Chinese foreign ministry, said the Chinese ships “persuaded fishing boats to leave the waters in an effort to ensure safety conditions for normal navigation.”

The Chinese vessels returned home after completing their work, he said.

Quirino Atoll lies several kilometers from Panganiban (Mischief) Reef, another part of the Spratlys that China occupied in 1995 and had since developed into an artificial island.

Bito-onon said Filipino, Vietnamese and Malaysian fishermen had been fishing at Quirino Atoll for years.

“I’m alarmed because we frequently pass by that atoll on our way to Pagasa,” Bito-onon said, referring to the island that serves as the seat of the municipal government of Kalayaan.

Pagasa (Thitu Island) is the only inhabited island in the Kalayaan group. It has a dilapidated airstrip, a five-bed lying-in clinic and a small elementary school.

Bito-onon said Philippine planes landing and taking off at Pagasa had been warned frequently to stay away by Chinese forces based at nearby Zamora (Subi) Reef, one of seven disputed reefs in the Spratlys that China has transformed into an artificial island.

He said the plane that he was on last week flew to Pagasa and was shooed away by the Chinese, too.

China claims almost all of the South China Sea, including waters claimed by Brunei, Malaysia, the Philippines, Vietnam and Taiwan, and has built artificial islands in the Spratlys to bolster its sweeping claims.

The Philippines has taken its territorial dispute with China to the United Nations Permanent Court of Arbitration for resolution. The court has heard the case despite China’s refusal to participate in the proceedings, and is expected to hand down a ruling by midyear.

The United States, European Union, Australia, Japan and other countries have warned China against its increasing assertiveness in the South China Sea, but former Parañaque Rep. Roilo Golez said on Thursday that without sufficient international outrage, Beijing’s next move might be to deploy antiaircraft missiles and install radars on territory closer to the Philippine mainland.

China has deployed surface-to-air missiles on Woody Island in the Paracel archipelago and installed radars on Calderon (Cuarteron) Reef, part of the Kalayaan group.

“I’m worried that without outrage, if the world will not be angry, China’s next step is to go down south closer to us,” Golez said.

Presidential candidates in the May 9 national elections had varying reactions to the latest Chinese moves in the Spratlys.

Sen. Grace Poe said the situation in the Spratlys had reached a point beyond diplomatic protest.

She recommended sending Philippine Coast Guard vessels to the disputed area “to assert and protect our rights, as well as that of our poor fishermen.”

Sen. Miriam Defensor-Santiago accused the Aquino administration of complacency in the South China Sea dispute and promised that if elected she would open a “second level of diplomacy” to resolve the issue.

“If elected, I will negotiate with China together with other Asian countries,” Santiago said, adding that her administration would not depend too much on US support.

Vice President Jejomar Binay, according to his spokesperson Rico Quicho, would defend Philippine sovereignty, pursue the arbitration case in the United Nations, but would be open to negotiations with China. AP, Niña P. Calleja, Leila B. Salaverria, Jeannette I. Andrade, Dona Z. Pazzibugan and Tarra Quismundo