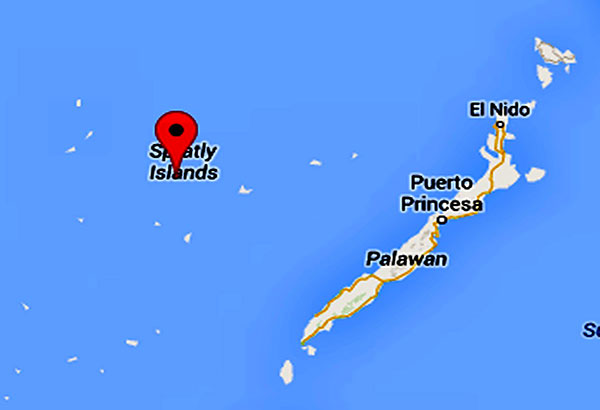 China said on Wednesday that it sent vessels to disputed South China Sea waters to tow a grounded Filipino ship, while it urged the U.S. not to sensationalize the dispute in the region.

China deployed up to seven ships to Quirino Atoll, also known as Jackson Atoll, said Eugenio Bito-onon Jr, the mayor of nearby Pagasa Island in the Spratly archipelago.

“To prevent the ship from being grounded for a long period of time, affecting navigation safety and damaging the marine environment, the Rescue and Salvage Bureau of China’s Ministry of Transport recently dispatched the rescue and salvage ships to the Jackson Atoll to tow away the grounded ship and properly handle it,” Hong told media at a regular briefing.

“During the process of (towing the ship away), China advised the fishing boats in nearby waters to leave in order to ensure navigation safety and operating conditions. After the operation, the Chinese ships have started heading back,” he added.

Fishermen told the mayor one Filipino boat had run aground in the area and was still there but was not being harassed by the Chinese vessels.

The Philippine military said it was trying to verify the presence of Chinese ships near Jackson Atoll, where a Chinese warship allegedly fired warning shots at Filipino fishermen in 2011.

Along with China and the Philippines, Brunei, Malaysia, Taiwan and Vietnam also have claims on the waters through which about $5 trillion in trade passes every year.

Tensions in the region have been building recently, with the United States and others protesting against Beijing’s land reclamation activities, along with the recent deployment of surface-to-air missiles and fighter jets in the Paracel Islands.

U.S. Defense Secretary Ash Carter warned China on Tuesday (March 1) against what he called “aggressive” actions in the region, saying there would be “specific consequences” to militarization of the South China Sea.

In response, China’s foreign ministry spokesman urged Washington on Wednesday not to sensationalize the dispute.

“China urges the United States to stop sensationalizing and hyping up, stop provocative words and actions, respect the efforts made by the countries in the region to protect the peace and stability in the South China Sea,” Hong said.

For its part, Beijing has been angered by “freedom of navigation” air and sea patrols the United States has conducted near the islands it claims in the South China Sea and says it needs military facilities for its self defense.